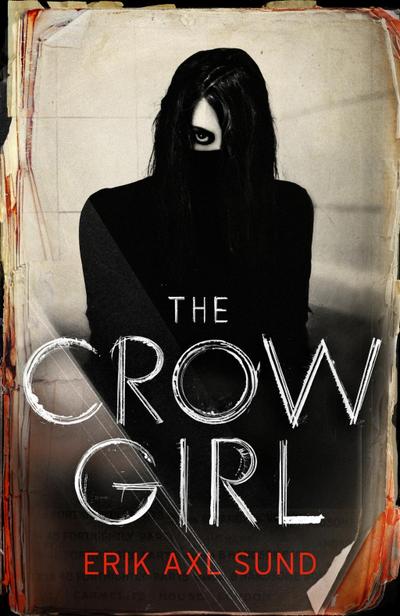 Erik Axl Sund is the pseudonym for two authors who have been friends and collaborators for years: Jerker Erikson and Håkan Axlander Sundquist. Håkan was a sound engineer, musician and artist, while Jerker was a music producer and worked as a librarian in a prison. Both live in Sweden where they are now full-time writers, and also run an art gallery together.

Originally written as a trilogy before being re-worked for the English language markets The Crow Girl is their first book. The complete trilogy received the 'Special Award' from the Swedish Academy of Crime Writers in 2012, with the academy highlighting the trilogy's "hypnotically captivating psychoanalysis in crime fiction form."

A terrifying thriller, which is already a bestseller in Germany and Poland. It starts with just one body tortured, mummified and then discarded. Its discovery reveals a nightmare world of hidden lives. Of lost identities, secret rituals and brutal exploitation, where nobody can be trusted. This is the darkest, most complex case the police have ever seen. This is the world of the Crow Girl.

It starts with just one body - the hands bound, the skin covered in marks.

Detective Superintendent Jeanette Kihlberg is determined to find out who is responsible, despite opposition from her superiors. When two more bodies are discovered, it becomes clear that she is hunting a serial killer.

With her career on the line, Kihlberg turns to psychotherapist Sofia Zetterlund. Together, they expose a chain of shocking events that began decades ago - but will it lead them to the murderer before someone else dies?

'Compelling... we are left gasping for breath'
Daily Mail

'There's a fantastic twist... the pace of its revelations is relentless'
Observer