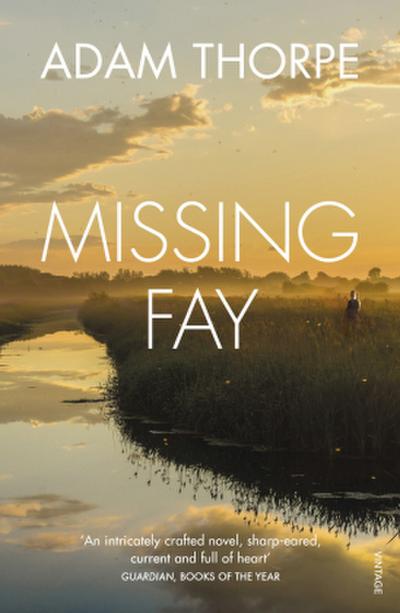 Adam Thorpe was born in Paris in 1956. His first novel, Ulverton, appeared in 1992 and he has published two books of stories and ten further novels, most recently Missing Fay (2017), and six poetry collections.

'An intricately crafted novel, sharp-eared, current and full of heart' Guardian, Books of the Year

A spirited fourteen-year-old, Fay, goes missing from a Lincoln council estate. Is she a runaway, or a victim - another face on a poster gradually fading with time? The story of her last few days before she vanishes is interwoven with the varied lives of six locals - all touched in life-changing ways.

David is on a family holiday on the bleak Lincolnshire coast; Howard, a retired steel worker with some dodgy friends; Cosmina, a Romanian immigrant; Sheena, middle-aged and single, running a kiddies' clothes shop; Mike, owner of a second-hand bookshop and secretly in love with Cosmina; and Chris, a TV-producer-become-monk struggling to leave the ordinary world behind. All are involuntary witnesses to the lost girl; paths cross, threads touch, connections are made or lost. Is Fay alive or dead? Or somewhere in between?