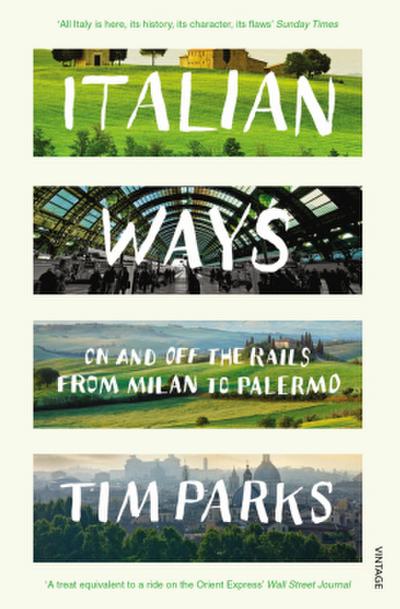 Parks, Tim
Born in Manchester, Tim Parks grew up in London and studied at Cambridge and Harvard. He lives in Milan.

In 1981 Tim Parks moved from England to Italy and spent the next thirty years alongside hundreds of thousands of Italians on his adopted country's vast, various and ever-changing networks of trains.

Through memorable encounters with ordinary Italians - conductors and ticket collectors, priests and prostitutes, scholars and lovers, gypsies and immigrants - Tim Parks captures what makes Italian life distinctive. He explores how trains helped build Italy and how the railways reflect Italians' sense of themselves from Garibaldi to Mussolini to Berlusconi and beyond.