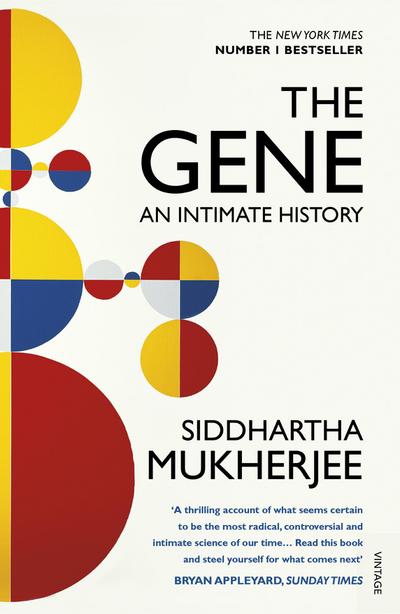 Siddhartha Mukherjee is the author of The Gene: An Intimate History, a #1 New York Times bestseller, The Emperor of All Maladies: A Biography of Cancer, winner of the 2011 Pulitzer Prize in general nonfiction, and The Laws of Medicine. He is the editor of Best Science Writing 2013. Mukherjee is an Associate professor of medicine at Columbia University and a cancer physician and researcher. A Rhodes scholar, he graduated from Stanford University, University of Oxford, and Harvard Medical School. He has published articles in many journals, including Nature, The New England Journal of Medicine, Cell, The New York Times and The New Yorker. He lives in New York with his wife and daughters. Visit his website at: SiddharthaMukherjee.com

Mukherjee is an assistant professor of medicine at Columbia University. A Rhodes Scholar, he graduated from Stanford University, University of Oxford, and Harvard Medical School. His laboratory has identified genes that regulate stem cells, and his team is internationally recognized for its discovery of skeletal stem cells and genetic alterations in blood cancers.

He has published work in Nature, Cell, Neuron, The New England Journal of Medicine, the New York Times and several other magazine and journals. He lives with his family in New York City.

This NEW YORK TIMES bestselling book is the story of one of the most powerful and dangerous ideas in our history, from bestselling, prize-winning author Siddhartha Mukherjee.Majestic in its ambition, and unflinching in its honesty,THE GENE gives us a definitive account of the fundamental unit of heredity and a vision of both humanitys past and future.

The Gene is the story of one of the most powerful and dangerous ideas in our history from the author of The Emperor of All Maladies.

The story begins in an Augustinian abbey in 1856, and takes the reader from Darwin's groundbreaking theory of evolution, to the horrors of Nazi eugenics, to present day and beyond - as we learn to "read" and "write" the human genome that unleashes the potential to change the fates and identities of our children.

Majestic in its scope and ambition, The Gene provides us with a definitive account of the epic history of the quest to decipher the master-code that makes and defines humans - and paints a fascinating vision of both humanity's past and future.

For fans of Sapiens by Yuval Noah Harari, A Brief History of Time by Stephen Hawking and Being Mortal by Atul Gwande.

'Siddhartha Mukherjee is the perfect person to guide us through the past, present, and future of genome science' Bill Gates

'A thrilling and comprehensive account of what seems certain to be the most radical, controversial and, to borrow from the subtitle, intimate science of our time...Read this book and steel yourself for what comes next' Sunday Times