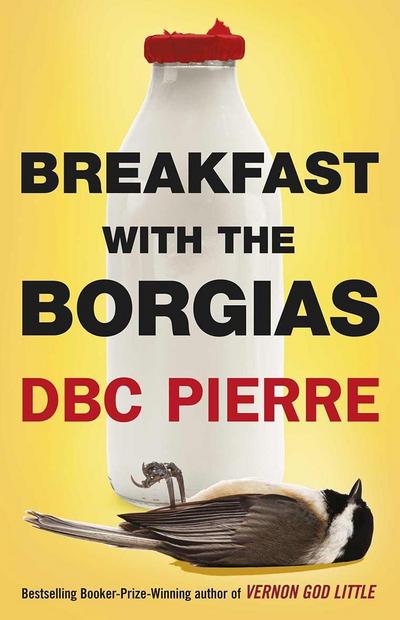 Breakfast with the Borgias

DBC Pierre has worked as a designer and cartoonist, and currently lives in Ireland. His first novel, Vernon God Little, won the 2003 Bollinger Everyman Wodehouse Award, the 2003 Whitbread Prize for Best First Novel, and the 2003 Man Booker Prize, and is sold in 43 countries.

His relationship with Hammer stretches back to earliest childhood. He describes never having been so chilled and intrigued as with the supernatural Hammer films he grew up with. Their effect was so great that he spent many schooldays drawing replica storyboards on cash register rolls, and holding showings for classmates on a shoebox cinema.

'Hell is other people' A chilling, page-turning Hammer novella by the Booker-Prize-winning author of Vernon God Little.

'Hell is other people.' A chilling, page-turning Hammer novella by the Booker-Prize-winning author of Vernon God Little.

The setting: a faded, lonely guesthouse on the Essex coast. Outside, it's dark, and very foggy. Inside there's no phone or internet reception, no connection with the outside world.

Enter Ariel Panek, a promising young academic en route from the USA to an important convention in Amsterdam. With his plane grounded by fog at Stanstead, he has been booked in for the night at the guesthouse. Discombobulated and jetlagged, he falls in with a family who appear to be commemorating an event.

As evening becomes night, Panek realises that he has become caught in an insidious web of other people's secrets and lies, a Sartrian hell from which for him there may be no escape.