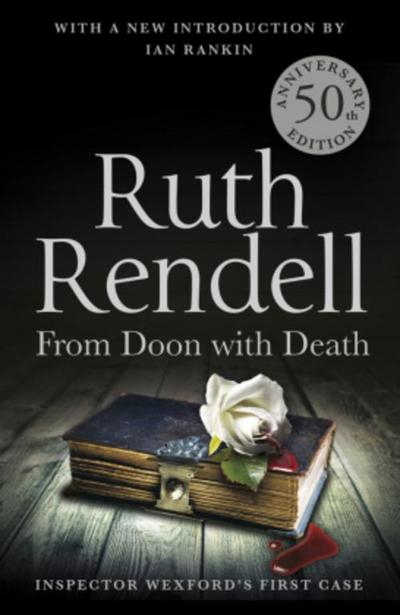 From Doon With Death

Ruth Rendell was an exceptional crime writer, and will be remembered as a legend in her own lifetime. Her groundbreaking debut novel, From Doon With Death, was first published in 1964 and introduced the reader to her enduring and popular detective, Inspector Reginald Wexford, who went on to feature in twenty-four of her subsequent novels.

With worldwide sales of approximately 20 million copies, Rendell was a regular Sunday Times bestseller. Her sixty bestselling novels include police procedurals, some of which have been successfully adapted for TV, stand-alone psychological mysteries, and a third strand of crime novels under the pseudonym Barbara Vine. Very much abreast of her times, the Wexford books in particular often engaged with social or political issues close to her heart.

Rendell won numerous awards, including the Crime Writers' Association Gold Dagger for 1976's best crime novel with A Demon in My View, a Gold Dagger award for Live Flesh in 1986, and the Sunday Times Literary Award in 1990. In 2013 she was awarded the Crime Writers' Association Cartier Diamond Dagger for sustained excellence in crime writing. In 1996 she was awarded the CBE and in 1997 became a Life Peer.

Ruth Rendell died in May 2015. Her final novel, Dark Corners, was published in October 2015.

A 50th anniversary edition of the first Inspector Wexford novel, with an introduction by Ian Rankin and a new afterword by Ruth Rendell.

The trampled grass led to the body of Margaret Parsons.

With no useful clues and a victim known only for her mundane life, Chief Inspector Wexford is baffled until he discovers Margaret's dark secret - a collection of rare books, each inscribed from a secret lover and signed only as 'Doon'.