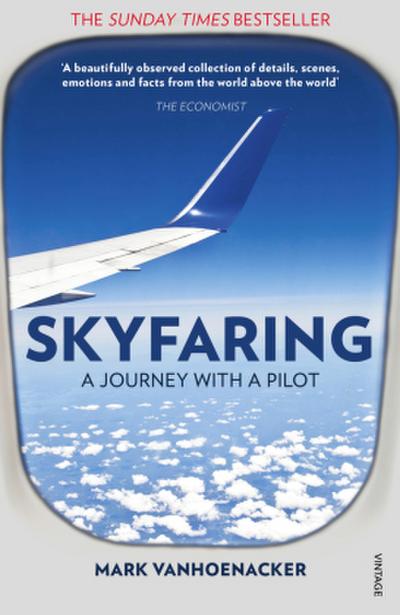 Vanhoenacker, MarkMark Vanhoenacker is a commercial airline pilot and the author of the international bestseller Skyfaring and How to Land a Plane. A regular contributor to the New York Times and the Financial Times, he has also written for Wired, The Times and the Los Angeles Times. He worked in business before starting his flight training in 2001. He now flies the Boeing 787 Dreamliner from London to cities around the globe. Described as 'a poet of the skies' (Spectator), Mark changes how readers view the world.
An airline pilot captures the wonder of flight for the modern traveller.

'In Skyfaring Mark Vanhoenacker reveals his passion for flight...the meaningful geography of the skies and the scent of the cities he flies to... This mesmerising book will make you view the world differently'
Sunday Times

'One of the most constantly fascinating, but consistently under-appreciated aspects of modern life is the business of flying. Mark Vanhoenacker has written the ideal book on the subject: a description of what it's like to fly by a commercial pilot who is also a master prose stylist and a deeply sensitive human being. This is a man who is at once a technical expert - he flies 747s across continents - and a poet of the skies. This couldn't be more highly recommended.' Alain de Botton

Think back to when you first flew. When you first left the Earth, and travelled high and fast above its turning arc. When you looked down on a new world, captured simply and perfectly through a window fringed with ice. When you descended towards a city, and arrived from the sky as effortlessly as daybreak.

In Skyfaring, airline pilot and flight romantic Mark Vanhoenacker shares his irrepressible love of flying, on a journey from day to night, from new ways of mapmaking and the poetry of physics to the names of winds and the nature of clouds. Here, anew, is the simple wonder that remains at the heart of an experience which modern travellers, armchair and otherwise, all too easily take for granted: the transcendent joy of motion, and the remarkable new perspectives that height and distance bestow on everything we love.

'A beautiful, contemplative book... What Skyfaring gives is something we need: elevation; another perspective... Normally when I find a volume where prose style and subject matter fuse so pleasingly, I tear through it in a day. Here, I found myself pausing on almost every page, as I absorbed its detail or phrasing.' Nicholas Lezard, Guardian