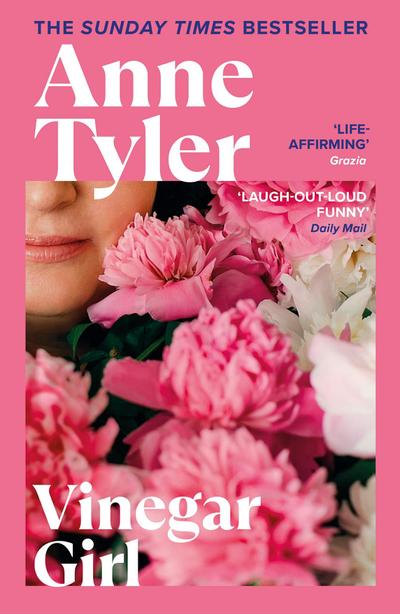 Anne Tyler was born in Minneapolis, Minnesota, in 1941 and grew up in Raleigh, North Carolina. Her bestselling novels include Breathing Lessons, The Accidental Tourist, Dinner at the Homesick Restaurant, Ladder of Years, Back When We Were Grown-ups, Digging to America, A Spool of Blue Thread, Clock Dance and Redhead by the Side of the Road.

In 1989 she won the Pulitzer Prize; in 1994 she was nominated by Roddy Doyle and Nick Hornby as 'the greatest novelist writing in English'; and in 2012 she received the Sunday Times Award for Literary Excellence. In 2015 A Spool of Blue Thread was shortlisted for the Baileys Women's Prize for Fiction and the Booker Prize; and in 2020 Redhead by the Side of the Road was longlisted for the Booker Prize.

Anne Tyler, prizewinning author of A SPOOL OF BLUE THREAD, reimagines Shakespeares controversial comedy THE TAMING OF THE SHREW. When Kate discovers her fathers plot to marry her off to his awkward lab assistant Pyotr so he can stay in the country, she is furious. Kate is no pushover, but will she be able to resist the two mens touchingly ludicrous campaign to win her round?

How did she end up running house and home for her eccentric scientist father and infuriating younger sister Bunny?

Dr Battista has other problems. His brilliant young lab assistant, Pyotr, is about to be deported. And without Pyotr, his new scientific breakthrough will fall through...

When Dr Battista cooks up an outrageous plan that will enable Pyotr to stay in the country, he's relying - as usual - on Kate to help him. Will Kate be able to resist the two men's touchingly ludicrous campaign to win her round?

Anne Tyler's brilliant retelling of The Taming of the Shrew asks whether a thoroughly modern woman like Kate would ever sacrifice herself for a man. The answer is as surprising as Kate herself.

'One of my favourite authors' Liane Moriarty