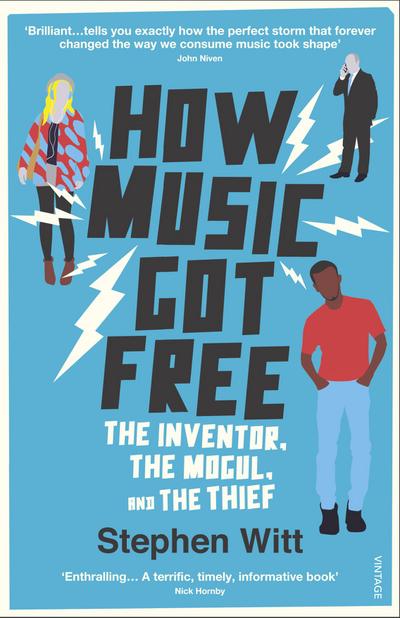 How Music Got Free

A member of what he calls the 'pirate generation', Stephen Witt has been bootlegging music since the mid-1990s. While amassing an archive of hundreds of thousands of pirated mp3s, he became obsessed with the subject of digital piracy, and eventually changed careers to write this thrilling investigative history.

He was born in New Hampshire in 1979, raised in the Midwest and graduated from the University of Chicago with a degree in mathematics. He spent the next six years working for hedge funds in Chicago and New York. Following a spell in East Africa working in economic development, he graduated from Columbia University's Graduate School of Journalism in 2011.

He lives in Brooklyn, New York. How Music Got Free is his first book.

What happens when an entire generation commits the same crime? HOW MUSIC GOT FREE is a thrilling masterpiece of reportage from Stephen Witt. A blistering story of obsession and music, which begins with a small-time thief at a CD-pressing plant and a ground-breaking invention on the other side of the globe. This is how one mans crime snowballs into an explosive moment in history.

What links Taylor Swift to a factory worker?
Kanye West to a German engineer?
Beyoncé to a boardroom mogul?

They've all changed the face of the music business, in the most unexpected ways.

How Music Got Free is the incredible true story of how online piracy and the MP3 revolutionised the way our world works, one track at a time.

'This brilliant book tells you exactly how the perfect storm that forever changed the way we consume music took shape. Like many great works of investigative journalism it makes it clear that this is one of those stories you think you know. Until you realise you don't' John Niven, The Spectator

'Reads like an underworld crime story... concise and very funny... The most remarkable thing about Witt's book is that virtually none of the names is familiar... Witt finds unlikely heroes in unlikely places' New Statesman