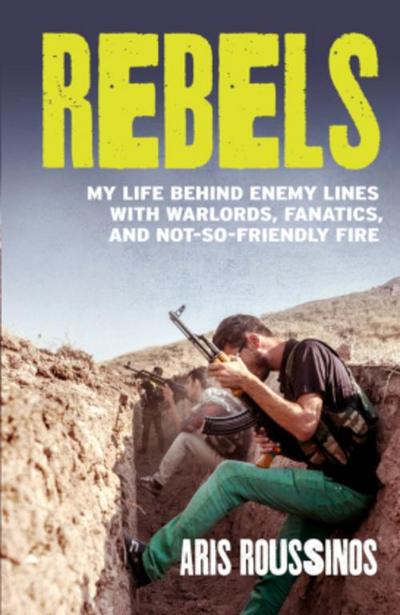 Roussinos, Aris
Aris Roussinos is an award-winning journalist who works for VICE. He has covered the Tunisian and Bahraini revolutions, the Japanese tsunami and nuclear crisis, the Libyan war, Greek riots, the coup in Egypt, the conflict in Syria, and the wars in South Kordofan and Blue Nile, Sudan. In 2013, he received the Rory Peck Award for News for his documentary about the war in Mali.
A 21st century take on Dispatches, award-winning VICE News journalist Aris Roussinos tells the real stories behind life in a rebel army.

The hidden truth about war is how much fun it is.

However they begin, whatever their aims, wars are fought by young men. They fight in burned-out buildings and shelter under thorn trees. They eat their meagre rations, and starve for days cut off from supply lines. They smoke forty cigarettes a day and ride to war stoned, listening to Craig David. But the bombs and bullets are terrifyingly real, and the guys they're killing aren't always faceless enemies: sometimes they're friends.

For the last three years, award-winning journalist Aris Roussinos embedded himself with rebel groups across the world. Part travelogue from the world's most dangerous hotspots, part eyewitness testimony to recent, bloody history, this is one man's uncensored, unflinching account of living with the enemy.