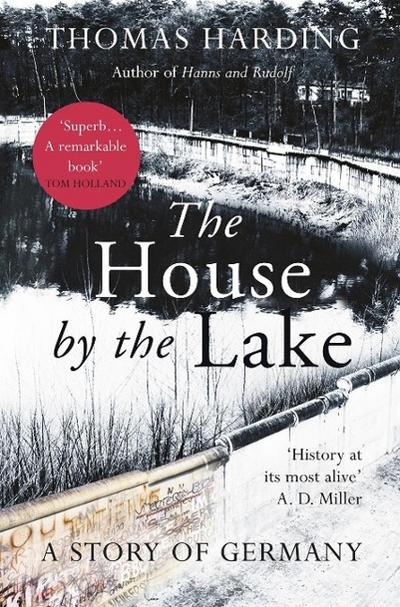 The House by the Lake

Harding, ThomasThomas Harding is a bestselling author whose books have been translated into more than 16 languages. He has written for the Sunday Times, the Washington Post and the Guardian, among other publications. He is the bestselling author of HANNS AND RUDOLF, which won the JQ-Wingate Prize for Non-Fiction; THE HOUSE BY THE LAKE, which was shortlisted for the Costa Biography Award; BLOOD ON THE PAGE, which won the Crime Writers' Association "Golden Dagger Award for Non-Fiction" and FUTURE HISTORY, which was shortlisted for the German Children's Literature Award 2021. His next book, WHITE DEBT, was published in January 2022. You can follow Thomas on twitter @thomasharding
A personal and panoramic new history of Germany in the twentieth century by the Sunday Times bestselling author of Hanns and Rudolf

'A superb portrait of twentieth century Germany seen through the prism of a house which was lived in, and lost, by five different families. A remarkable book.' Tom Holland

'Personal and panoramic, heart-wrenching yet uplifting, this is history at its most alive.' A.D. Miller

'A passionate memoir.' Neil MacGregor
_______________________________________
In 2013, Thomas Harding returned to his grandmother's house on the outskirts of Berlin which she had been forced to leave when the Nazis swept to power. What was once her 'soul place' now stood empty and derelict. A concrete footpath cut through the garden, marking where the Berlin Wall had stood for nearly three decades.

In a bid to save the house from demolition, Thomas began to unearth the history of the five families who had lived there: a nobleman farmer, a prosperous Jewish family, a renowned Nazi composer, a widow and her children and a Stasi informant. Discovering stories of domestic joy and contentment, of terrible grief and tragedy, and of a hatred handed down through the generations, a history of twentieth century Germany and the story of a nation emerged.