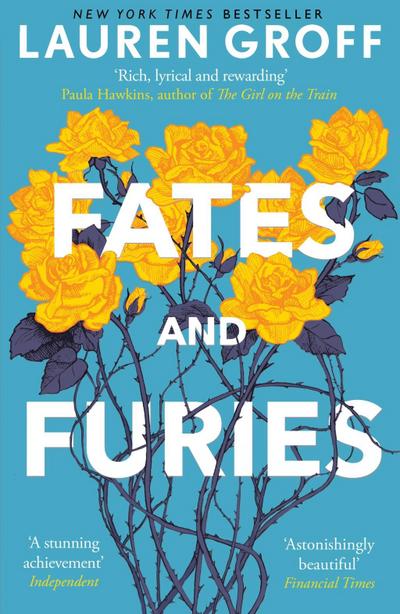 Groff, LaurenLauren Groff is a three-time National Book Award finalist and the New York Times bestselling author of four novels, The Monsters of Templeton, Arcadia, Fates and Furies and Matrix, and two short story collections, Delicate Edible Birds and Florida. She has won The Story Prize and been a finalist for the National Book Critics Circle Award. Her work regularly appears in the New Yorker, the Atlantic and elsewhere, and she was named one of Granta's 2017 Best Young American Novelists.
On the surface, Mathilde is the perfect wife. But there are always two sides to every marriage. Read the New York Times bestseller taking the world by storm.

**Now available to pre-order, MATRIX, the remarkable new novel from Lauren Groff**
_________________________________
'A really powerful novel' BARACK OBAMA
'Enough betrayal, vengeance and sex to read like one of the Greek tragedies' OBSERVER
'Rich, lyrical and rewarding.' PAULA HAWKINS, author of THE GIRL ON THE TRAIN, Guardian Books of the Year

Every story has two sides.
Every relationship has two perspectives.
And sometimes, it turns out, the key to a great marriage is not its truths but its secrets.

At age twenty-two, Lotto and Mathilde are tall, glamorous, madly in love, and destined for greatness. A decade later, their marriage is still the envy of their friends, but more complicated than it seems from the outside.

'Addictive to read ... Groff has drawn a woman so complex it seems that with every chapter a new layer is revealed, each as deliciously intriguing as the next ... The result is a compelling portrait of an unconventional marriage across two decades.' STYLIST

'[A] stunning achievement. The plotting is elegant, intricate and assured . . . it will give you much to savour.' INDEPENDENT

'Absorbing and beautifully written, this is a riveting study of love, power and creativity.' SUNDAY EXPRESS

'A truly special novel ... if you haven't read her before, I'm delighted to take the credit for introducing you to one of your new favourite authors.' THE POOL

'A searing exploration of how far a person will go for love, loyalty and revenge.' TIME

'Rare and impressive... Groff has created a novel of extraordinary and genuine complexity ... The word "ambitious" is often used as code for "overly ambitious", a signal that an author's execution has fallen short. No such hidden message here. Lauren Groff is a writer of rare gifts, and Fates and Furies is an unabashedly ambitious novel that delivers - with comedy, tragedy, well-deployed erudition and unmistakable glimmers of brilliance throughout.' NEW YORK TIMES