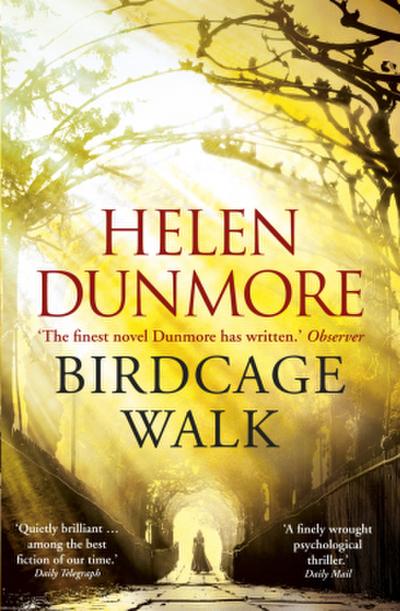 Helen Dunmore was an award-winning novelist, children's author and poet who will be remembered for the depth and breadth of her fiction. Rich and intricate, yet narrated with a deceptive simplicity that made all of her work accessible and heartfelt, her writing stood out for the fluidity and lyricism of her prose, and her extraordinary ability to capture the presence of the past.

Her first novel, Zennor in Darkness, explored the events which led D. H. Lawrence to be expelled from Cornwall on suspicion of spying, and won the McKitterick Prize. Her third novel, A Spell of Winter, won the inaugural Orange Prize for Fiction in 1996, and she went on to become a Sunday Times bestseller with The Siege, which was described by Antony Beevor as a 'world-class novel' and was shortlisted for the Whitbread Novel of the Year and the Orange Prize. Published in 2010, her eleventh novel, The Betrayal, was longlisted for the Man Booker Prize and shortlisted for the Orwell Prize and the Commonwealth Writers Prize, and The Lie in 2014 was shortlisted for the Walter Scott Prize for Historical Fiction and the 2015 RSL Ondaatje Prize.

Her final novel, Birdcage Walk, deals with legacy and recognition - what writers, especially women writers, can expect to leave behind them - and was described by the Observer as 'the finest novel Helen Dunmore has written'. She died in June 2017, and in January 2018, she was posthumously awarded the Costa Prize for her volume of poetry, Inside the Wave.

From the bestselling author of The Lie, and Exposure

'Quietly brilliant ... among the best fiction of our time.' Daily Telegraph
'The finest novel Dunmore has written.' Observer
'Superb and poignant.' Guardian

It is 1792 and Europe is seized by political turmoil and violence.

Lizzie Fawkes has grown up in Radical circles where each step of the French Revolution is followed with eager idealism. But she has recently married John Diner Tredevant, a property developer who is heavily invested in Bristol's housing boom, and he has everything to lose from social upheaval and the prospect of war.

Diner believes that Lizzie's independent, questioning spirit must be coerced and subdued. She belongs to him: law and custom confirm it, and she must live as he wants.

But as Diner's passion for Lizzie darkens, she soon finds herself dangerously alone.
______________
Nominated for the 2018 Independent Booksellers Week Award
Longlisted for the 2018 Walter Scott Prize for Historical Fiction