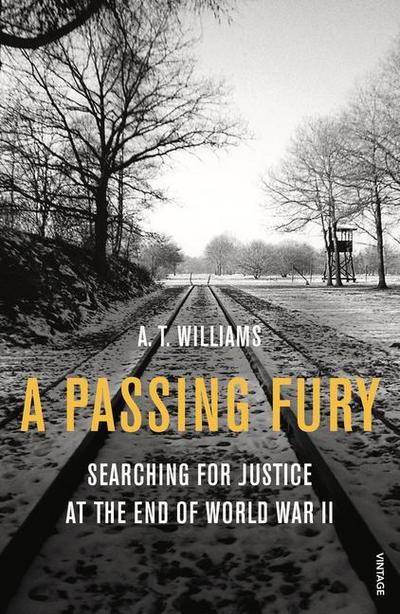 A Passing Fury: Searching for Justice at the End of World War II

Williams, A. T.A. T. Williams won the George Orwell Prize for Political Writing in 2013 for his book A Very British Killing: The Death of Baha Mousa. He lives in Warwickshire.
A devastating appraisal of the British investigations and trials of German war criminals by the Orwell Prize-winning author, A. T. Williams

A Daily Telegraph Book of the Year

After the Second World War, the Nuremberg Tribunal became a symbol of justice in the face of tyranny, aggression and atrocity. But it was only a fragment of retribution as, with their Allies, the British embarked on the largest programme of war crimes investigations and trials in history.

This book exposes the deeper truth of this endeavour, moving from the scripted trial of Goering, Hess and von Ribbentrop to the makeshift courtrooms where the SS officers, guards and executioners were prosecuted. It tells the story of the investigators, lawyers and perpetrators and asks the question: was justice done?