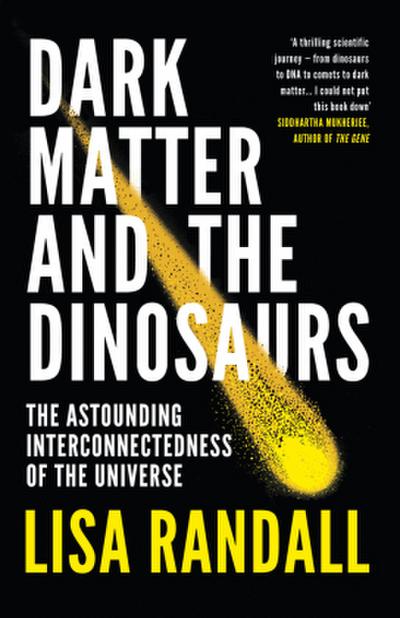 Dark Matter and the Dinosaurs

Lisa Randall is an American theoretical physicist and the Frank B. Baird, Jr. Professor of Science at Harvard University. She has received numerous awards and honors and is a member of the National Academy of Sciences, the American Philosophical Society, the American Academy of Arts and Sciences, an Honorary Member of the Royal Irish Academy and an Honorary Fellow of the Institute of Physics. She is the author of several acclaimed books on physics.
The most thrilling, genre-busting, unlikely science book you'll ever read, from the world-renowned, multi-award-winning, superstar physicist Lisa Randall


66 million years ago, a ten-mile-wide object from outer space hurtled into the Earth at incredible speed. The impact annihilated the dinosaurs, along with three-quarters of the other species on the planet. But what if this catastrophe was the sign of something greater: an opening vista onto the interconnectedness of the universe itself?


This is the story of the astounding forces that underpin our existence; a horizon-expanding tour of the cosmos that unifies what we know about the universe with new thinking. From the far-flung reaches of space, the makeup of the universe and our solar system's place within it, to the mysterious and elusive stuff of dark matter and how it affects life here on Earth.


'A fascinating, and surprisingly simple, theory...and a tantalising premise' The Times