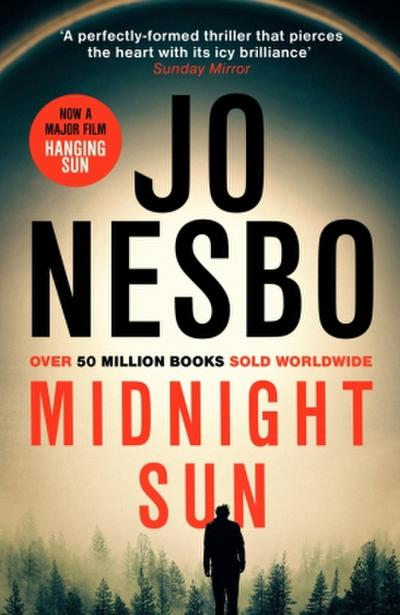 Jo Nesbo is one of the world's bestselling crime writers, with The Leopard, Phantom, Police, The Son, The Thirst, Macbeth and Knife all topping the Sunday Times bestseller charts. He's an international number one bestseller and his books are published in 50 languages, selling over 50 million copies around the world.

Before becoming a crime writer, Nesbo played football for Norway's premier league team Molde, but his dream of playing professionally for Spurs was dashed when he tore ligaments in his knee at the age of eighteen. After three years military service he attended business school and formed the band Di Derre ('Them There'). They topped the charts in Norway, but Nesbo continued working as a financial analyst, crunching numbers during the day and gigging at night. When commissioned by a publisher to write a memoir about life on the road with his band, he instead came up with the plot for his first Harry Hole crime novel, The Bat.

Sign up to the Jo Nesbo newsletter for all the latest news: jonesbo.com/newsletter

Jon is on the run. He has betrayed Oslos biggest crime lord, The Fisherman. Fleeing to an isolated corner of Norway, to a mountain town so far north that the sun never sets, Jon hopes to find sanctuary amongst a religious sect, but The Fishermans men are getting closer This is the thrilling sequel to number one bestseller Jo Nesbo'sBLOOD ON SNOW.

*Watch out for The Jealousy Man, the dark and twisted new collection of crime stories from Jo Nesbo, coming September 2021*

'A perfectly-formed thriller, written in pure, unadorned prose, that pierces the heart with its icy brilliance' Sunday Mirror

Jon is on the run. He has betrayed Oslo's biggest crime lord: the Fisherman.

Fleeing to an isolated corner of Norway, to a mountain town so far north that the sun never sets, Jon hopes to find sanctuary among a local religious sect.

Hiding out in a shepherd's cabin in the wilderness, all that stands between him and his fate are Lea, a bereaved mother and her young son, Knut.

But while Lea provides him with a rifle and Knut brings essential supplies, the midnight sun is slowly driving Jon to insanity.

And then he discovers that the Fisherman's men are getting closer...