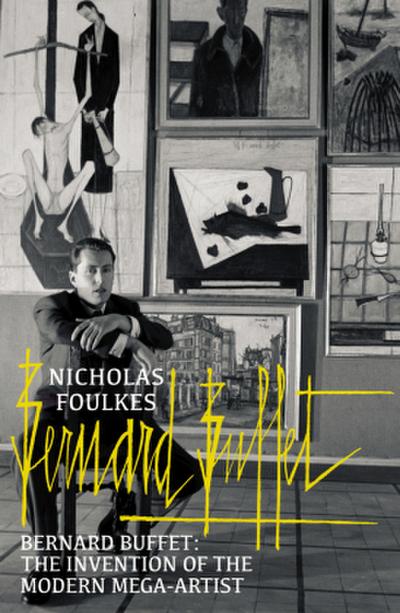 Foulkes, Nicholas
Nicholas Foulkes is the author of over 20 books. His most recent include, Bernard Buffet: The Invention of the Modern Mega-artist and Patek Phillipe: The Authorized Biography. His books have been published by Little, Brown, Weidenfeld & Nicolson, Flammarion, Assouline, Random House and Thomas Dunne Books in the USA.

He contributes to a wide range of newspapers and magazines around the world. For over 20 years he has written the Bolivar cigar column for Country Life. He is a contributing editor to the FT's How To Spend It magazine, a contributing editor to Vanity Fair; and luxury editor of British GQ. He launched and continues to edit Vanity Fair's twice yearly watch magazine On Time. In 2007 he was named Havana Man of the Year by the Cuban government, having been nominated for this award on four previous occasions. He is a graduate of Hertford College, Oxford and lives in London with his wife and two sons.
Told for the first time, the extraordinary story of Bernard Buffet the most famous artist in the world you have never heard of.
It is said that asphyxiation brings on a state of hallucinatory intoxication...in which case the 71 year old artist who lay in his sprawling Provencal villa died happy. In the early afternoon of Monday 4 October 1999, wracked with Parkinson's, and unable to paint because of a fall in which he had broken his wrist, Bernard Buffet calmly placed a plastic bag over his head, taped it tight around his neck and patiently waited the few minutes it took for death to arrive.

Bernard Buffet:The Invention of the Modern Mega-artist tells the remarkable story of a French figurative painter who tasted unprecedented critical and commercial success at an age when his contemporaries were still at art school. Then, with almost equal suddenness the fruits of fame turned sour and he found himself an outcast. Scarred with the contagion of immense commercial success no leper was more untouchable. He was the first artist of the television age and the jet age and his role in creating the idea of a post-war France is not to be underestimated. As the first of the so-called Fabulous Five (Francoise Sagan, Roger Vadim, Brigitte Bardot and Yves Saint Laurent) he was a leader of the cultural revolution that seemed to forge a new France from the shattered remains of a discredited and demoralized country.

Rich in incident Buffet's remarkable story of bisexual love affairs, betrayal, vendettas lasting half a century, shattered reputations, alcoholism, and drug abuse, is played out against the backdrop of the beau monde of the 1950s and 1960s in locations as diverse as St Tropez, Japan, Paris, Dallas, St Petersburg and New York, before coming to its miserable conclusion alone in his studio.