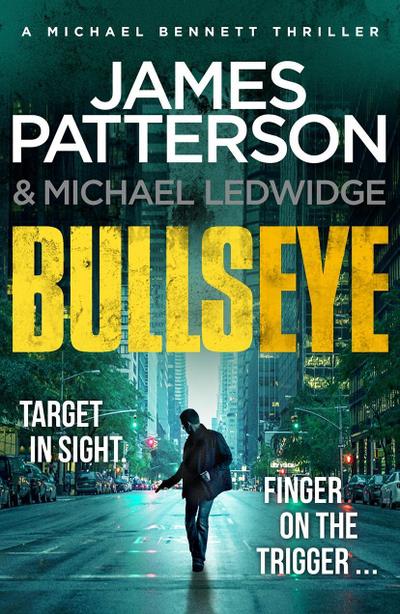 James is passionate about encouraging children to read. Inspired by his own son who was a reluctant reader, he also writes a range of books for young readers including the Middle School, I Funny, Treasure Hunters, Dog Diaries and Max Einstein series. James has donated millions in grants to independent bookshops and has been the most borrowed author of adult fiction in UK libraries for the past eleven years in a row. He lives in Florida with his wife and son.
As the presidents of the USA and Russia travel to the United Nations, a husband-and-wife team of assassins prowls the streets of Manhattan hunting their prey a professor hiding a scandalous secret. Caught in the crossfire of a deadly stand-off, Detective Michael Bennett must kill... or be killed. The ninth novel in the action-packed series featuring NYPD detective Michael Bennett.
As the most powerful men on earth gather in New York for a meeting of the UN, Detective Michael Bennett receives intelligence warning that there will be an assassination attempt on the US president. Even more shocking, the intelligence suggests that the Russian government could be behind the plot.

Tensions between America and Russia are the highest they've been since the Cold War, but this would be an escalation no one could have expected.

The details are shadowy, and Bennett finds false leads and unreliable sources at every turn. But he can't afford to get this wrong. If the plotters succeed, the shockwaves will be felt across the globe.