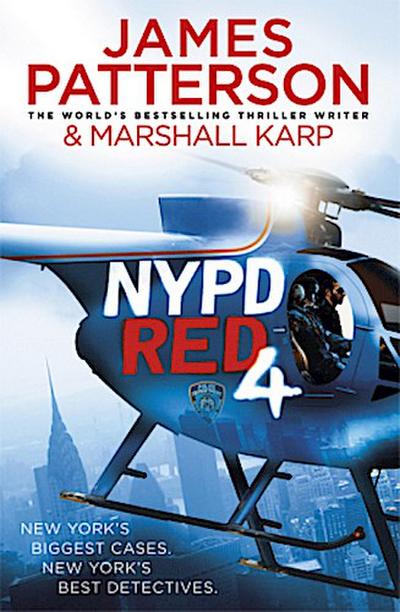 James is passionate about encouraging children to read. Inspired by his own son who was a reluctant reader, he also writes a range of books for young readers including the Middle School, I Funny, Treasure Hunters, Dog Diaries and Max Einstein series. James has donated millions in grants to independent bookshops and has been the most borrowed author of adult fiction in UK libraries for the past eleven years in a row. He lives in Florida with his wife and son.
New York's biggest cases. New York's best detectives.
A jewel heist. A murdered actress. A killer case for NYPD Red.

In a city where crime never sleeps, NYPD Red is the elite task force called in when a case involves the rich, famous and connected. Detectives Zach Jordan and Kylie MacDonald are the best of the best - brilliant and tireless investigators who will stop at nothing to catch a criminal, even if it means antagonising the same powerful people they're supposed to be helping.

When a glitzy movie premiere is the scene of a shocking murder and high-stakes robbery, NYPD Red gets the call. In a hunt that takes Zach and Kylie from celebrity penthouses to the depths of Manhattan's criminal underworld, they have to find the cold-blooded killer - before he strikes again.