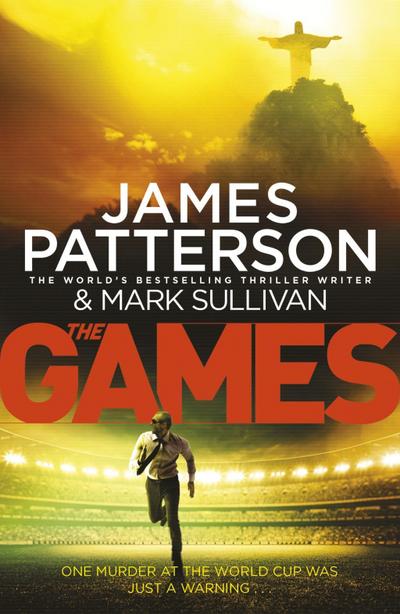 James is passionate about encouraging children to read. Inspired by his own son who was a reluctant reader, he also writes a range of books for young readers including the Middle School, I Funny, Treasure Hunters, Dog Diaries and Max Einstein series. James has donated millions in grants to independent bookshops and has been the most borrowed author of adult fiction in UK libraries for the past eleven years in a row. He lives in Florida with his wife and son.
Jack Morgan and his Private team face a deadly fight to save the 2016 Olympic Games
Two years ago, Jack Morgan was in Rio consulting on security for the World Cup. The tournament went without a hitch. Until a man died in one of the executive hospitality suites during the final, and the autopsy showed the cause to be a rare and deadly virus.

The story was kept from the media to avoid causing panic, but Jack feared that the death was no freak occurrence.

Now the eyes of the world are once again turned towards Rio for the Olympic Games, and Jack is back in Brazil's beautiful capital. It's not long before he uncovers terrifying evidence that someone has set in motion a catastrophic plan.

The death at the World Cup was just a warning. The Olympic Games could be the setting for the worst atrocity the world has ever seen.