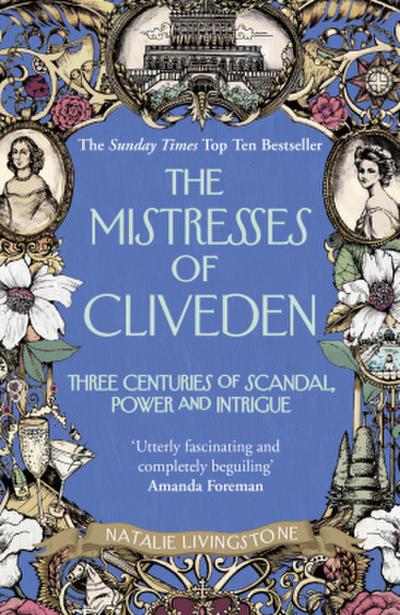 The Mistresses of Cliveden

Livingstone, NatalieNatalie Livingstone was born and raised in London. She graduated with a first class degree in history from Christ's College, Cambridge in 1998. She began her career as a feature writer at the Daily Express and now contributes to Tatler, Harper's Bazaar, US Vogue, Elle, The Times and the Mail on Sunday. Natalie lives in London with her husband and two children.

Even today, Cliveden retains its royal mystique - it is where Meghan Markle and her mother spent the night before the royal wedding - but from its construction in the 1660s to its heyday in the 1960s, Cliveden has played host to a dynasty of remarkable and powerful women.

Anna Maria, Elizabeth, Augusta, Harriet, and Nancy were five ladies who, over the course of three centuries, shaped British society through their beauty, personalities, and political influence.

Restoration and revolution, aristocratic rise and fall, world war and cold war form the extraordinary backdrop against which their stories unfold.

An addictive history of the period and an intimate exploration of the timeless relationships between people and place, The Mistresses of Cliveden is a story of sex, power and politics, and the ways in which exceptional women defy the expectations of their time.