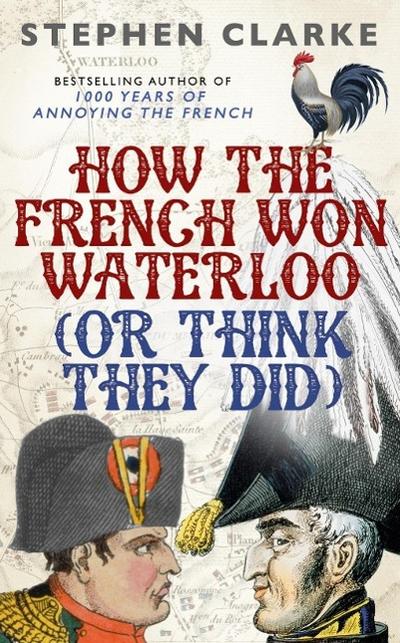 How the French Won Waterloo - or Think They Did

Stephen Clarke lives in Paris, where he divides his time between writing and not writing.

His Merde novels have been bestsellers all over the world, including France. His non-fiction books include Talk to the Snail, an insider's guide to understanding the French; How the French Won Waterloo (or Think They Did), an amused look at France's continuing obsession with Napoleon; Dirty Bertie: An English King Made in France, a biography of Edward VII; and 1000 Years of Annoying the French, which was a number one bestseller in Britain.

Research for The French Revolution and What Went Wrong took him deep into French archives in search of the actual words, thoughts and deeds of the revolutionaries and royalists of 1789. He has now re-emerged to ask modern Parisians why they have forgotten some of the true democratic heroes of the period, and opted to idolize certain maniacs.

Two centuries after the Battle of Waterloo, the French are still in denial.

If Napoleon lost on 18 June 1815 (and that's a big 'if'), then whoever rules the universe got it wrong. As soon as the cannons stopped firing, French historians began re-writing history. The Duke of Wellington was beaten, they say, and then the Prussians jumped into the boxing ring, breaking all the rules of battle. In essence, the French cannot bear the idea that Napoleon, their greatest-ever national hero, was in any way a loser. Especially not against the traditional enemy - les Anglais.

Stephen Clarke has studied the French version of Waterloo, as told by battle veterans, novelists, historians - right up to today's politicians, and he has uncovered a story of pain, patriotism and sheer perversion ...