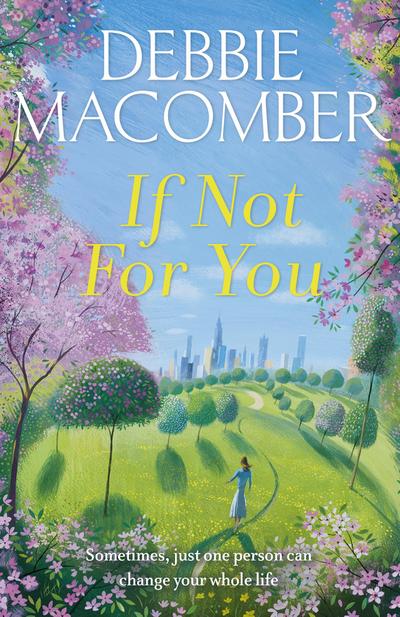 If Not for You

Macomber, Debbie
Debbie Macomber is a no. 1 New York Times bestselling author and one of today's most popular writers with more than 170 million copies of her books in print worldwide. In addition to fiction, Debbie has also published two bestselling cookbooks; numerous inspirational and non-fiction works; and two acclaimed children's books. The beloved and bestselling Cedar Cove series became Hallmark Channel's first dramatic scripted television series, Debbie Macomber's Cedar Cove, which was ranked as the top programme on US cable TV when it debuted in summer 2013. Hallmark has also produced many successful films based on Debbie's bestselling Christmas novels. Debbie Macomber owns her own tea room, and a yarn store, A Good Yarn, named after the shop featured in her popular Blossom Street novels. She and her husband, Wayne, serve on the Guideposts National Advisory Cabinet, and she is World Vision's international spokesperson for their Knit for Kids charity initiative. A devoted grandmother, Debbie and her husband live in Port Orchard, Washington (the town on which her Cedar Cove novels are based) and winter in Florida.
A powerful and uplifting opposites-attract story from the international bestselling author, Debbie Macomber.
Sometimes, just one person can change your whole world...

If not for her loving but controlling parents, Beth might never have taken charge of her life.

If not for her friend Nichole, Beth would never have met Sam Carney - a tattooed mechanic who is her conservative parents' worst nightmare.

And if not for Sam - who witnessed a terrible accident and rushed to her aid - Beth might have never survived and fallen in love.

Yet there are skeletons in Sam's closet that prevent him from ever trusting a woman again. Will he be able to overcome his past and fight for love?