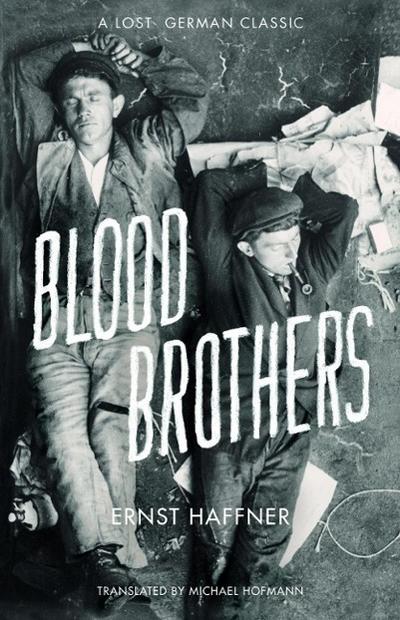 Haffner, ErnstErnst Haffner was a journalist and social worker. His only known novel Blood Brothers was published to wide acclaim in 1932, before it was banned by the Nazis one year later. In the 1940s, all records of Haffner disappeard. His fate during the Second World War remains unknown.
Originally published in 1932 and banned by the Nazis one year later, Blood Brothers follows a gang of young boys bound together by unwritten rules and mutual loyalty
Blood Brothers is the only known novel by German social worker and journalist Ernst Haffner, of whom nearly all traces were lost during the course of the Second World War. Told in stark, unsparing detail, Haffner's story delves into the illicit underworld of Berlin on the eve of Hitler's rise to power, describing how these blood brothers move from one petty crime to the next, spending their nights in underground bars and makeshift hostels, struggling together to survive the harsh realities of gang life, and finding in one another the legitimacy denied them by society.