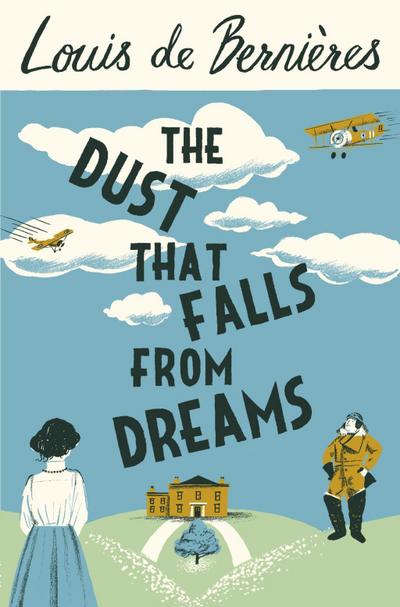 The Dust that Falls from Dreams

de Bernieres, LouisLouis de Bernières is the bestselling author of Captain Corelli's Mandolin, which won the Commonwealth Writers' Prize Best Book in 1995. His most recent books are So Much Life Left Over, The Dust That Falls From Dreams and The Autumn of the Ace, the short story collection Labels and the poetry collection The Cat in the Treble Clef.
An epic story of love and war, and of England in the first half of the twentieth century, from the bestselling author of Captain Corelli's Mandolin.

A return to the epic romance, heroism, history and warm and eccentric cast of characters that made CAPTAIN CORELLI'S MANDOLIN such an extraordinary hit (2.5 million copies sold).

In the brief golden years before the outbreak of World War I, Rosie McCosh and her three very different sisters are growing up in an eccentric household in Kent, with their neighbours the Pitt boys on one side and the Pendennis boys on the other. But their days of childhood adventure are shadowed by the approach of the conflict that will engulf them on the cusp of adulthood.

When the boys end up scattered along the Western Front, Rosie is left confused by her love for two young men - one an infantry soldier and one a flying ace. Can she, and her sisters, build new lives out of the opportunities and devastations that follow the Great War?