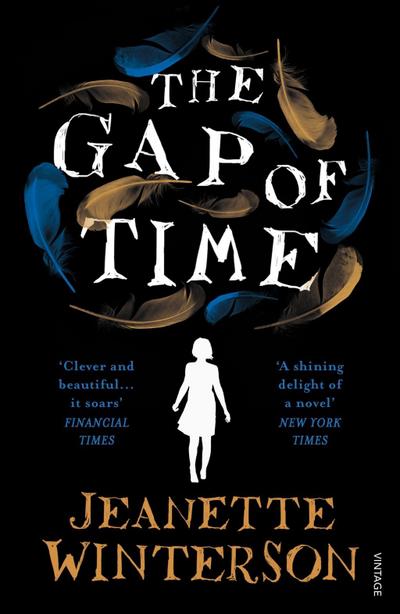 The Gap of Time

Jeanette Winterson CBE was born in Manchester. Adopted by Pentecostal parents she was raised to be a missionary. This did and didn't work out.

Discovering early the power of books she left home at 16 to live in a Mini and get on with her education. After graduating from Oxford University she worked for a while in the theatre and published her first novel at 25. Oranges Are Not The Only Fruit is based on her own upbringing but using herself as a fictional character. She scripted the novel into a BAFTA-winning BBC drama. 27 years later she re-visited that material in the bestselling memoir Why Be Happy When You Could Be Normal? She has written 12 novels for adults, as well as children's books, non-fiction and screenplays. She is Professor of New Writing at the University of Manchester. She lives in the Cotswolds in a wood and in Spitalfields, London.

She believes that art is for everyone and it is her mission to prove it.

A story of love and jealousy, tragedy and forgiveness, a lost child and a found family

'A shining delight of a novel'
New York Times

A baby girl is abandoned, banished from London to the storm-ravaged American city of New Bohemia. Her father has been driven mad by jealousy, her mother to exile by grief.

Seventeen years later, Perdita doesn't know a lot about who she is or where she's come from - but she's about to find out.

Jeanette Winterson's cover version of The Winter's Tale vibrates with echoes of Shakespeare's original and tells a story of hearts broken and hearts healed, a story of revenge and forgiveness, a story that shows that whatever is lost shall be found.

'Emotionally wrought and profoundly intelligent... A supremely clever, compelling and emotionally affecting novel that deserves multiple readings to appreciate its many layers'
Mail on Sunday