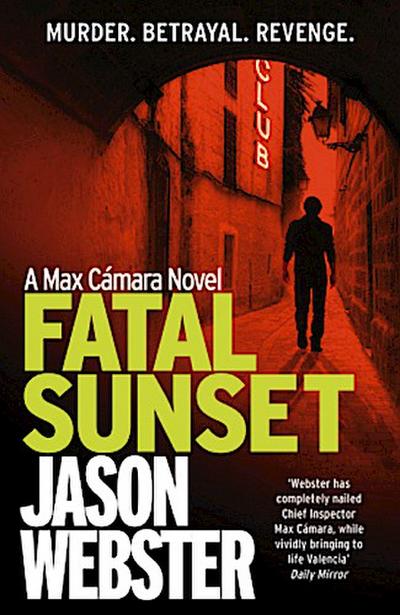 Brought up in England, Jason Webster has lived for many years in Spain. His acclaimed non-fiction books about Spain include Duende: A Journey in Search of Flamenco; Andalus: Unlocking the Secrets of Moorish Spain; Guerra: Living in the Shadows of the Spanish Civil War; Sacred Sierra: A Year on a Spanish Mountain and The Spy with 29 Names.

His Max Cámara series of crime novels started with Or the Bull Kills You, which was was longlisted for the CWA Specsavers Crime Thriller Awards New Blood Dagger 2011. This was followed by A Death in Valencia, The Anarchist Detective, Blood Med and A Body in Barcelona.

In the hills above Valencia is a notorious nightclub called Sunset. When its larger-than-life owner, Jose Luis, dies suddenly, everyone assumes it was a heart attack.

Meanwhile, all is not well for Max Cámara at HQ. His new boss, Rita Hernández, has it in for him and his idiosyncratic methods. He must abandon a complex investigation to check out what looks like a routine death at Sunset. But an anonymous phone call suggests otherwise, leading him to an unholy network of drug dealers, priests and shady officials protecting a dark government secret.