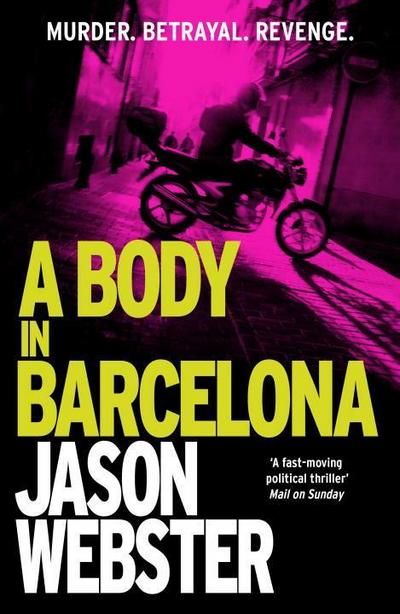 A Body in Barcelona

Brought up in England, Jason Webster has lived for many years in Spain. His acclaimed non-fiction books about Spain include Duende: A Journey in Search of Flamenco; Andalus: Unlocking the Secrets of Moorish Spain; Guerra: Living in the Shadows of the Spanish Civil War; Sacred Sierra: A Year on a Spanish Mountain and The Spy with 29 Names.

His Max Cámara series of crime novels started with Or the Bull Kills You, which was was longlisted for the CWA Specsavers Crime Thriller Awards New Blood Dagger 2011. This was followed by A Death in Valencia, The Anarchist Detective, Blood Med and A Body in Barcelona.

When a body is found in a Valencian orange grove, the stakes are high for DI Max Cámara - and the whole of Spain

Tensions in Spain are rising: political violence and social unrest have suddenly re-emerged. Madrid is trying to keep a tight leash on Catalonia, where the call for independence is getting louder by the day. The last time Barcelona moved to break away, in the 1930s, Spain quickly descended into civil war.

Down in Valencia, a shallow grave is found among abandoned orange groves just outside the city. Chief Inspector Max Cámara, now heading up the new Special Crime Unit, is put on the case. But this is no ordinary murder. Behind it, Max uncovers a tangled web that could awaken ghosts from the past, decimate Barcelona and destabilise the whole country

It's all down to Max, but the stakes are higher than anything he's ever known.

'A series that gets better and better' Mark Billingham

'Conveys a wonderful sense of Spain... [Webster] does for the country what Michael Dibdin did for Italy' Daily Mail