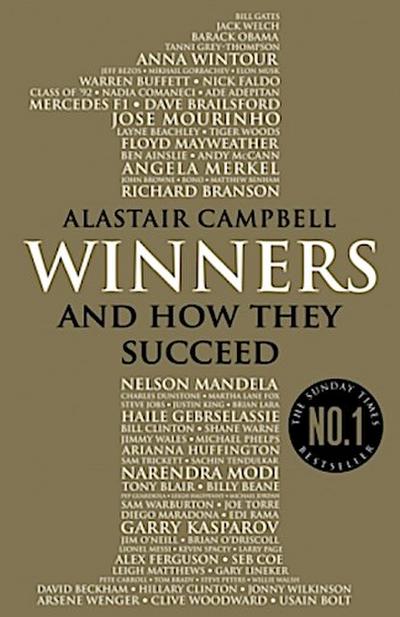 Alastair Campbell was born in Keighley, Yorkshire in 1957, the son of a vet. Having graduated from Cambridge University in modern languages, he went into journalism, principally with the Mirror Group. When Tony Blair became leader of the Labour Party, Campbell worked for him first as press secretary, then as official spokesman and director of communications and strategy from 1994 to 2003. He continued to act as an advisor to Mr Blair and the Labour Party, including during subsequent election campaigns. He now splits his time between writing, speaking, politics in Britain and overseas, consultancy and charity, as chairman of fundraising for Leukaemia and Lymphoma Research, and a leading ambassador for the mental health campaign Time to Change.

He lives in North London with his partner of thirty-five years, Fiona Millar. They have three children. His interests include running, cycling, bagpipes and Burnley Football Club. He has published six volumes of diaries, including the number one Sunday Times bestseller, The Blair Years, a memoir on depression, The Happy Depressive, and three novels.

Winning is not the important thing, it is the only thing.

Alastair Campbell knows all about winning. As Tony Blair's chief spokesman and strategist he helped guide the Labour Party to victory in three successive general elections, and he's fascinated by what it takes to win.

How do sports stars excel, entrepreneurs thrive, or individuals achieve their ambition? Is their ability to win innate? Or is the winning mindset something we can all develop? Drawing on the wisdom of an astonishing array of talented people - from elite athletes to top managers, from rulers of countries to rulers of global business empires - Alastair Campbell uses his forensic skills, as well as his own experience of politics and sport, to get to the heart of success. He examines how winners tick. He considers how they build great teams. He analyses how they deal with unexpected setbacks and new challenges. He judges what the very different worlds of politics, business and sport can learn from one another. And he sets out a blueprint for winning that we can all follow.