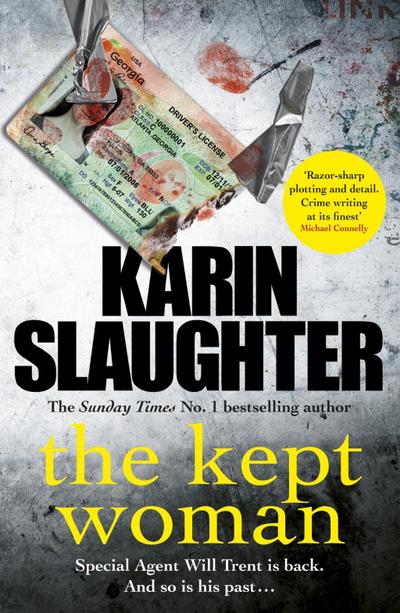 Slaughter, Karin
Karin Slaughter is one of the world's most popular and acclaimed storytellers. Published in 120 countries with more than 35 million copies sold across the globe, her nineteen novels include the Grant County and Will Trent books, as well as the Edgar-nominated Cop Town and the instant New
York Times bestselling novels Pretty Girls, The Good Daughter, and Pieces of Her. This summer, Slaughter returns with her latest Will Trent instalment, The Last Widow. Slaughter is the
founder of the Save the Libraries project-a nonprofit organisation established to support libraries and library programming.

A native of Georgia, Karin Slaughter lives in Atlanta. Her standalone novels Pieces of Her, The Good Daughter and Cop Town are in development for film and television.

For more information visit KarinSlaughter.com
AuthorKarinSlaughter
@SlaughterKarin
A body is discovered in an empty Atlanta warehouse. It's the body of an ex-cop, and from the moment Special Agent Will Trent arrives he knows this could be the most devastating case of his career. Dont miss the new novel in Karin Slaughters bestselling Will Trent series, set within the Georgie Bureau of Investigation.
The latest novel in the Will Trent series from No. 1 bestselling author, Karin Slaughter.

A body is discovered in an empty Atlanta warehouse. It's the body of an ex-cop, and from the moment Special Agent Will Trent walks in he knows this could be the most devastating case of his career. Bloody footprints leading away from the scene reveal that another victim - a woman - has left the scene and vanished into thin air. And, worst of all, the warehouse belongs to the city's biggest, most politically-connected, most high-profile athlete - a local hero protected by the world's most expensive lawyers. A local hero Will has spent the last six months investigating on a brutal rape charge.

But for Will - and also for Dr Sara Linton, the GBI's newest medical examiner - the case is about to get even worse. Because an unexpected discovery at the scene reveals a personal link to Will's troubled past. The consequences will wreak havoc on his life and the lives of those he loves, those he works with, and those he pursues.

But Sara's scene-of-the-crime diagnosis is that they only have a few hours to find the missing woman before she bleeds out . . .