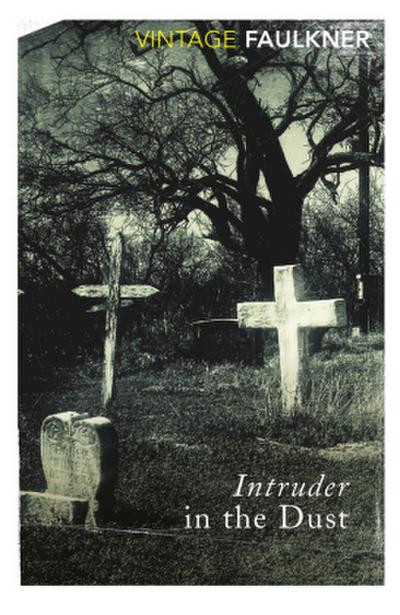 Intruder in the Dust

Faulkner, William
Born in 1897 in New Albany, Mississippi, William Faulkner was the son of a family proud of their prominent role in the history of the south. He grew up in Oxford, Mississippi, and left high school at fifteen to work in his grandfather's bank.

Rejected by the US military in 1915, he joined the Canadian flyers with the RAF, but was still in training when the war ended. Returning home, he studied at the University of Mississippi and visited Europe briefly in 1925.

His first poem was published in The New Republic in 1919. His first book of verse and early novels followed, but his major work began with the publication of The Sound and the Fury in 1929. As I Lay Dying (1930), Sanctuary (1931), Light in August (1932), Absalom, Absalom! (1936) and The Wild Palms (1939) are the key works of his great creative period leading up to Intruder in the Dust (1948). During the 1930s, he worked in Hollywood on film scripts, notably The Blue Lamp, co-written with Raymond Chandler.

William Faulkner was awarded the Nobel Prize for Literature in 1949 and the Pulitzer Prize for The Reivers just before his death in July 1962.
An elderly, proud black farmer, Lucas Beauchamp, is wrongfully arrested for the murder of a white man. The lynch mob are baying for his blood. His sole hope lies with a young white boy, bent on repaying an old favour, who with the help of Lucas's cynical lawyer will work to find the truth and hatch a risky plot to prove his innocence.