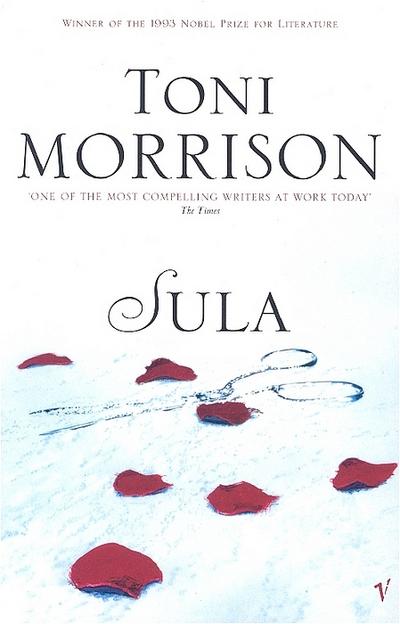 Morrison, ToniToni Morrison was awarded the Nobel Prize in Literature in 1993. She was the author of many novels, including The Bluest Eye, Sula, Beloved, Paradise and Love. She received the National Book Critics Circle Award and a Pulitzer Prize for her fiction and was awarded the Presidential Medal of Freedom, America's highest civilian honour, in 2012 by Barack Obama. Toni Morrison died on 5 August 2019 at the age of eighty-eight.
Nobel Prize-winning author of Beloved, Toni Morrison is one of the finest novelists of our times.

'Extravagantly beautiful... Enormously, achingly alive... A howl of love and rage, playful and funny as well as hard and bitter' New York Times

As young girls, Nel and Sula shared each other's secrets and dreams in the poor black mid-West of their childhood. Then Sula ran away to live her dreams and Nel got married.

Ten years later Sula returns and no one, least of all Nel, trusts her. Sula is a story of fear - the fear that traps us, justifying itself through perpetual myth and legend. Cast as a witch by the people who resent her strength, Sula is a woman of uncompromising power, a wayward force who challenges the smallness of a world that tries to hold her down.

'What a force her thoughts have been and how grateful we must be that they were offered to us in this extremely challenging age' Alice Walker, Guardian