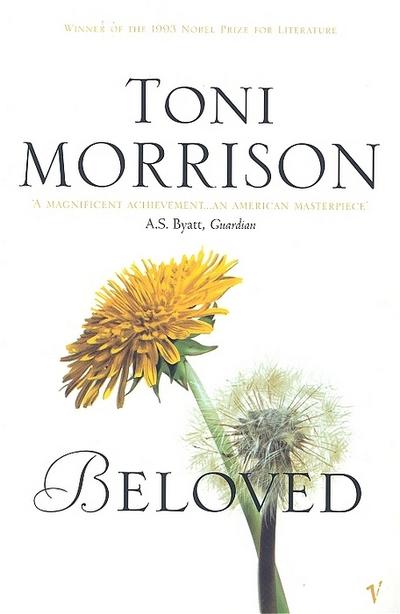 Morrison, ToniToni Morrison was awarded the Nobel Prize in Literature in 1993. She was the author of many novels, including The Bluest Eye, Sula, Beloved, Paradise and Love. She received the National Book Critics Circle Award and a Pulitzer Prize for her fiction and was awarded the Presidential Medal of Freedom, America's highest civilian honour, in 2012 by Barack Obama. Toni Morrison died on 5 August 2019 at the age of eighty-eight.
Nobel Prize-winning author Toni Morrison is one of the finest novelists of our times.

Discover Toni Morrison's most iconic work in this Pulitzer-prize winning novel that exemplifies her powerful and important place in contemporary American literature.

'An American masterpiece' AS Byatt

It is the mid-1800s and as slavery looks to be coming to an end, Sethe is haunted by the violent trauma it wrought on her former enslaved life at Sweet Home, Kentucky. Her dead baby daughter, whose tombstone bears the single word, Beloved, returns as a spectre to punish her mother, but also to elicit her love. Told with heart-stopping clarity, melding horror and beauty, Beloved is Toni Morrison's enduring masterpiece.

'Toni Morrison was a giant of her times and ours..."Beloved," is a heartbreaking testimony to the ongoing ravages of slavery, and should be read by all' Margaret Atwood, New York Times

'The literary titan we must never stop learning from' Metro