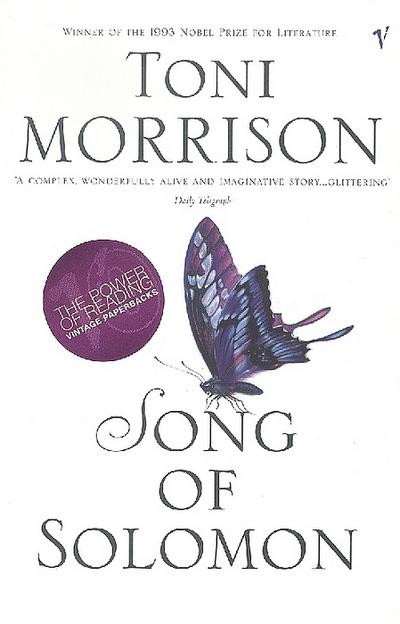 Morrison, ToniToni Morrison was awarded the Nobel Prize in Literature in 1993. She was the author of many novels, including The Bluest Eye, Sula, Beloved, Paradise and Love. She received the National Book Critics Circle Award and a Pulitzer Prize for her fiction and was awarded the Presidential Medal of Freedom, America's highest civilian honour, in 2012 by Barack Obama. Toni Morrison died on 5 August 2019 at the age of eighty-eight.
Nobel Prize-winning author of Beloved, Toni Morrison is one of the finest novelists of our times.

Macon 'Milkman' Dead was born shortly after a neighbourhood eccentric hurled himself off a rooftop in a vain attempt at flight. For the rest of his life he, too, will be trying to fly.

In 1930s America Macon learns about the tyranny of white society from his friend Guitar, though he is more concerned with escaping the familial tyranny of his own father. So while Guitar joins a terrorist group Macon goes home to the South, lured by tales of buried family treasure. But his odyssey back home and a deadly confrontation with Guitar leads to the discovery of something infinitely more valuable than gold: his past and the origins of his true self.
'The story of Milkman Dead and Guitar had me in thrall' Salman Rushdie, New York Times