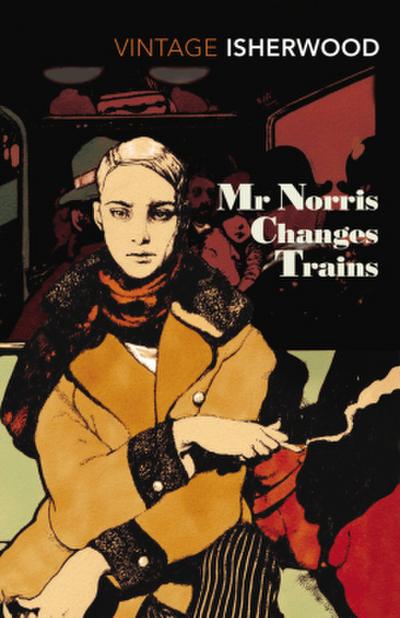 Isherwood, ChristopherChristopher Isherwood (1904-1986) was one of the most celebrated writers of his generation. He left Cambridge without graduating, briefly studied medicine and then turned to writing his first novels, All the Conspirators and The Memorial. Between 1929 and 1939 he lived mainly abroad, spending four years in Berlin and writing the novels Mr Norris Changes Trains and Goodbye to Berlin on which the musical Cabaret was based. He moved to America in 1939, becoming a US citizen in 1946, and wrote another five novels, including Down There on a Visit and A Single Man, a travel book about South America and a biography of the Indian mystic Ramakrishna. In the late 1960s and '70s he turned to autobiographical works: Kathleen and Frank, Christopher and His Kind, My Guru and His Disciple and October, one month of his diary with drawings by Don Bachardy.
Isherwood's immortal novel about political high-tension, passion and literary talent in 1930s Berlin
After a chance encounter on a train the English teacher William Bradshaw starts a close friendship with the mildly sinister Arthur Norris. Norris is a man of contradictions; lavish but heavily in debt, excessively polite but sexually deviant. First published in 1933 Mr Norris Changes Trains piquantly evokes the atmosphere of Berlin during the rise of the Nazis.