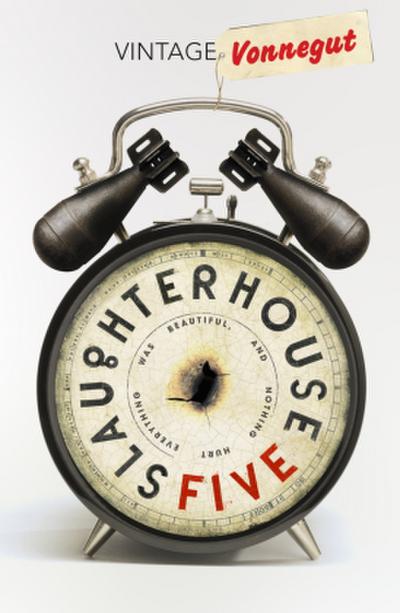 Vonnegut, KurtKurt Vonnegut was born in Indianapolis in 1922 and studied biochemistry at Cornell University. An army intelligence scout during the Second World War, he was captured by the Germans and witnessed the destruction of Dresden by Allied bombers, an experience which inspired his classic novel Slaughterhouse-Five. After the war he worked as a police reporter, an advertising copywriter and a public relations man for General Electric. His first novel Player Piano (1952) achieved underground success. Cat's Cradle (1963) was hailed by Graham Greene as 'one of the best novels of the year by one of the ablest living authors'. His eighth book, Slaughterhouse-Five was published in 1969 and was a literary and commercial success, and was made into a film in 1972. Vonnegut is the author of thirteen other novels, three collections of stories and five non-fiction books. Kurt Vonnegut died in 2007.
One of the very best anti-war novels ever written.
Lieferung vom Verlag mit leichten Qualitätsmängeln möglich

Read Kurt Vonnegut's powerful masterpiece, which is as timely now as when it was first published.

'An extraordinary success. A book to read and reread. He is a true artist' New York Times Book Review

Billy Pilgrim - hapless barber's assistant, successful optometrist, alien abductee, senile widower and soldier - has become unstuck in time. Hiding in the basement of a slaughterhouse in Dresden, with the city and its inhabitants burning above him, he finds himself a survivor of one of the most deadly and destructive battles of the Second World War. But when, exactly? How did he get here? And how does he get out?

Travel through time and space on the shoulders of Vonnegut himself. This is a book about war. Listen to what he has to say: it is of the utmost urgency.

'The great, urgent, passionate American writer of our century, who offers us a model of the kind of compassionate thinking that might yet save us from ourselves.' George Saunders