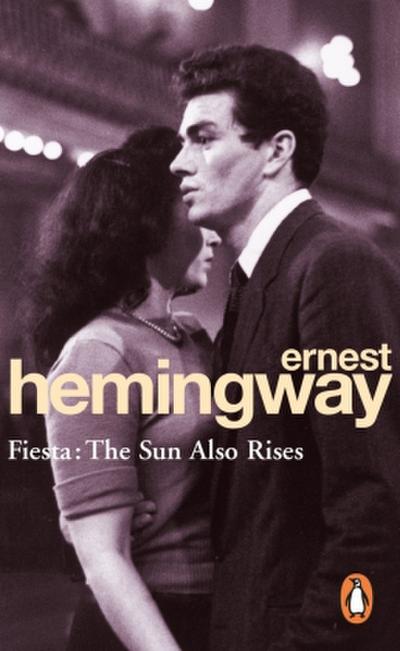 The early masterpiece from thr Nobel Prize-winning author of A Farewell to Arms.

Paris in the twenties: Pernod, parties and expatriate Americans, loose-living on money from home. Jake is wildly in love with Brett Ashley, aristocratic and irresistibly beautiful, but with an abandoned, sensuous nature that she cannot change.

When the couple drifts to Spain to the dazzle of the fiesta and the heady atmosphere of the bullfight, their affair is strained by new passions, new jealousies, and Jake must finally learn that he will never possess the woman he loves.

Powerful, intense and magnificent, Fiesta is the novel which established Ernest Hemingway as a writer of genius, and set him on the way to being one of the greatest literary novelists of the twentieth century.