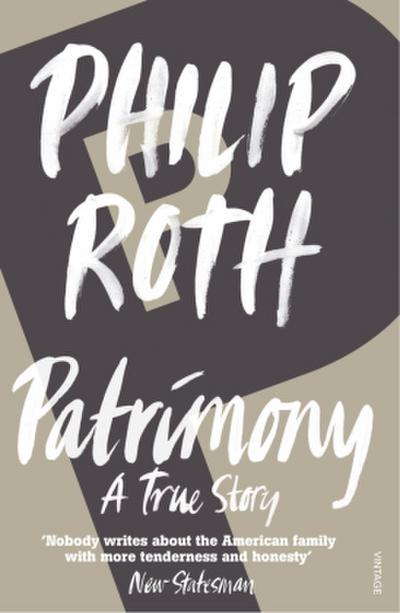 Philip Roth was born in Newark, New Jersey on 19 March 1933. The second child of second-generation Americans, Bess and Herman Roth, Roth grew up in the largely Jewish community of Weequahic, a neighbourhood he was to return to time and again in his writing. After graduating from Weequahic High School in 1950, he attended Bucknell University, Pennsylvania and the University of Chicago, where he received a scholarship to complete his M.A. in English Literature.

In 1959, Roth published Goodbye, Columbus - a collection of stories, and a novella - for which he received the National Book Award. Ten years later, the publication of his fourth novel, Portnoy's Complaint, brought Roth both critical and commercial success, firmly securing his reputation as one of America's finest young writers. Roth was the author of thirty-one books, including those that were to follow the fortunes of Nathan Zuckerman, and a fictional narrator named Philip Roth, through which he explored and gave voice to the complexities of the American experience in the twentieth- and twenty-first centuries.

Roth's lasting contribution to literature was widely recognised throughout his lifetime, both in the US and abroad. Among other commendations he was the recipient of the Pulitzer Prize, the International Man Booker Prize, twice the winner of the National Book Critics Circle Award and the National Book Award, and presented with the National Medal of Arts and the National Humanities Medal by Presidents Clinton and Obama, respectively.

Philip Roth died on 22 May 2018 at the age of eighty-five having retired from writing six years previously.

Reissued in electric new backlist style, Patrimony is a true story about the relationship between a father and a son.

Patrimony is a true story about the relationship between a father and a son.

Philip Roth watches as his eight-six-year-old father, famous for his vigour, his charm and his skill as a raconteur - lovingly called 'the Bard of Newark' - battles with the brain tumour that will kill him. The son, full of love, anxiety and dread, accompanies his father through each fearful stage of his final ordeal, and, as he does so, discloses the survivalist tenacity that has distinguished his father's long engagement with life. Written with fierce tenderness, Patrimony is a classic work of memoir by a master storyteller.