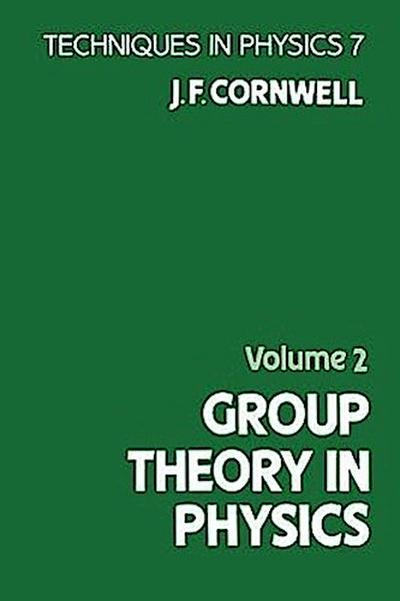 GROUP THEORY IN PHYSICS V02 RE

J.F. Cornwell is a professor of theoretical physics at the University of Saint Andrews. He is a Fellow of the Royal Society of Edinburgh. Cornwell's research interestsin mathematical physics have extended from solid-state theory to fundamental particle physics, with group theory and its related mathematical developments providing a unifying theme.
OF VOLUME 2: The Role of Lie Algebras. Relationships between Lie Groups and Lie Algebras. The Three-Dimensional Rotation Groups. The Structure of Semi-Simple Lie Algebras. Semi-Simple Real Lie Algebras. Representations of Semi-Simple Lie Algebras and Groups. Developments of the Representation Theory. The Homogeneous Lorentz Groups and the Poincare Groups. Global Internal Symmetries of Elementary Particles.
Now available in a convenient paperback edition! Volume 1 treats in detail the fundamental concepts of the theory of groups and their role in physics, plus their application to molecular and solid state physics. In Volume 2 the theory of Lie groups and Lie algebras is presented and applied to atomic and high-energy physics, concluding with an account of the recently developed gauge theories of fundamental interactions.The extensive appendices contain background material and comprehensive tabulations of ther properties of crystallographic point groups and semi-simple Lie groups and Lie algebras.