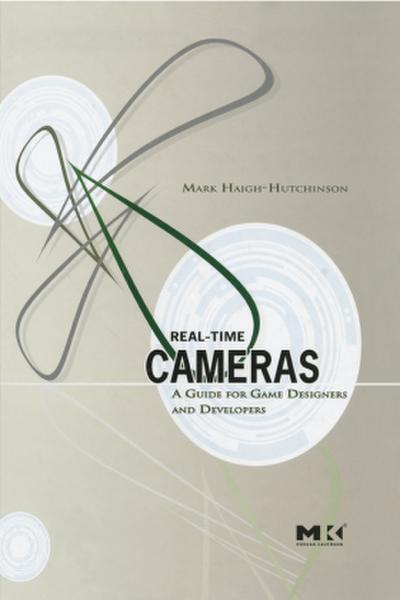 Real Time Cameras: A Guide for Game Designers and Developers

Mark Haigh-Hutchinson is a senior software engineer at Retro Studios Inc., based in Austin, Texas. He has designed and programmed video games professionally since 1984 and as a hobby since 1979. He has contributed to over 40 published games in roles as varied as programmer, designer, and project leader. Some of the more notable titles he has worked on include several Star Wars games: Rogue Squadron, Episode 1: Racer, Shadows of the Empire, and Rebel Assault, as well as other games such as Zombies Ate My Neighbors and The Secret of Monkey Island 2. Most recently Mark was responsible for the camera systems and player control in the award winning Metroid Prime and its sequel Metroid Prime 2: Echoes.
The first book on this core game development topic by an experienced developer
Introduction; Who should read this book?; How to read this book; Part One: Core Concepts; Game Overview; Camera Fundamentals; Cinematography;
Part Two: Design Principles; Camera Design; Camera Solutions; Camera Scripting; Part Three: Camera Engineering; Position and Orientation;Navigation and Occlusion; Motion and Collision; Camera Mathematics; Implementation
The control of cameras is as important in games as it is in cinema. How the camera tracks and moves determines our point of view and influences our attitude towards the content. A poorly designed camera system in a game can disrupt a users experience, while a well-designed one can make a good game into a great one. The challenge in games is that the camera must respond to unscripted events, and this is where much of the difficulty of designing real-time camera systems arises. The increasing use of motion in virtual environments, marked by the inclusion of physics modeling and complex collision detection systems, means that camera systems must be even more effective to keep up. Real-Time Cameras is written by an experienced game developer who has written camera control systems for award-winning games such as Metroid Prime. Mark Haigh-Hutchinson discusses the key algorithms for camera control and then shows how to implement them in code. This book is written for game developers and designers, although it is also pertinent to other professionals in the interactive media field. Real-Time Cameras presents a practical approach to camera systems, introducing their theory, design, and implementation.