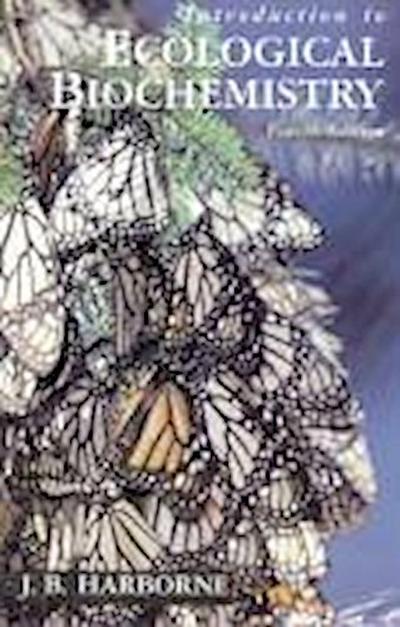 The Plant and Its Biochemical Adaptation to the EnvironmentBiochemistry of Plant PollinationPlant Toxins and Their Effects on Animals. Insect Feeding PreferencesFeeding Preferences of Vertebrates, Including ManThe Co-Evolutionary Arms Race: Plant Defence and Animal ResponseAnimal Pheromones and Defence SubstancesBiochemical Interactions Between Higher PlantsHigher Plants-Lower Plant Interactions: Phytoalexins and Phytotoxins
Ecological biochemistry concerns the biochemistry of interactions between animals, plants and the environment, and includes such diverse subjects as plant adaptations to soil pollutants and the effects of plant toxins on herbivores. The intriguing dependence of the Monarch butterfly on its host plants is chosen as an example of plant-animal coevolution in action. The ability to isolate trace amounts of a substance from plant tissues has led to a wealth of new research, and the fourth edition of this well-known text has consequently been extensively revised. New sections have been provided on the cost of chemical defence and on the release of predator-attracting volatiles from plants. New information has been included on cyanogenesis, the protective role of tannins in plants and the phenomenon of induced defence in plant leaves following herbivory. Advanced level students and research workers alike will find much of value in this comprehensive text, written by an acknowledged expert on this fascinating subject.