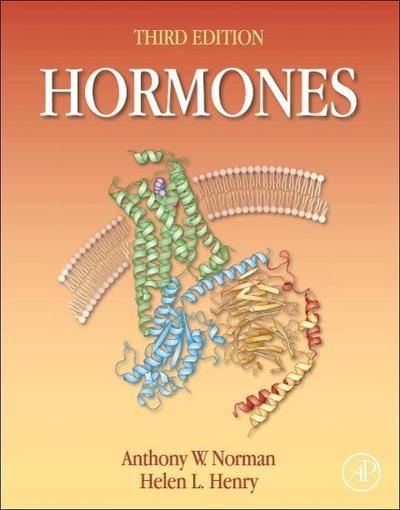 Anthony W. Norman received his A.B. from Oberlin College in 1959, and an M.S. and Ph.D. in Biochemistry in 1961 and 1963, respectively, from the University of Wisconsin, Madison. Following postdoctoral work in Paul D. Boyer's group at UCLA, in 1964 he joined the Department of Biochemistry at University of California, Riverside, as an Assistant Professor. From 1976 to 1981 he served as Chair of the department and currently holds a Presidential Chair and is a Distinguished Professor of Biochemistry and Biomedical Sciences. Dr. Norman has also been active for some 25 years in medical education on the UC-Riverside campus and at UCLA through participation in the UR/UCLA Program in Biomedical Sciences, of which he was Dean and Director from 1986 to 1991.

Dr. Norman's biomedical research career has focused on the mechanism of action of the vitamin D family of steroids. His chief contributions to these areas of cellular and molecular endocrinology have played a pivotal role in defining the boundaries of this research domain via discoveries that have opened new areas of investigation. The first of these was the discovery in 1968, and chemical characterization in 1971, of the hormonally active form of vitamin D, 1a,25(OH)2-vitamin D3. Subsequent achievements include the discovery and characterization of the nuclear receptor for 1a,25(OH)2D3, the clinical evaluation of 1a,25(OH)2D3 in renal osteodystrophy, articulation of the concept of the vitamin D endocrine system, the importance of 1a,25(OH)2D3 to insulin secretion and the discovery of a new rapid, nongenomic, signal transduction process for 1a,25(OH)2D3.

Henry, Helen L.Helen L. Henry received her Ph.D. in 1970 from Washington University, St. Louis and did postdoctoral work in animal reproduction at Ohio State University. Following further postdoctoral work at University of California, Riverside, she joined the faculty and is currently Professor of Biochemistry. From 1990 to 1996 she served as Associate Dean of Biological Sciences in the College of Natural and Agricultural Sciences.

Dr. Henry's laboratory has made major contributions to the understanding of vitamin D metabolism, particularly regulation of the production of the active vitamin D hormone by the kidney. She pioneered the use of cell culture systems to study renal vitamin D metabolism. A related area of research focus is the regulation of gene expression in the kidney by 1,25-dihydroxyvitamin D3. In addition to peer-reviewed research articles, Dr. Henry has authored chapters for the books Vitamin D and Handbook of Physiology, as well as the chapter on "Vitamin D Metabolism for this Encyclopedia.

The 3rd edition of Hormones offers a comprehensive treatment of the hormones of humans all viewed from the context of current theories of their action in the framework of our current understanding their physiological actions as well as their molecular structures, and those of their receptors. This new edition of Hormones is intended to be used by advanced undergraduates and graduate students in the biological sciences. It will also provide useful background information for first year medical students as they engage in studies which are increasingly problem-based rather than discipline-focused. As the field of endocrinology itself has expanded so much in the past two decades, the up to date presentation of the basics presented in this book will be a solid foundation on which more specialized considerations can be based.

New to this Edition: Hormones, 3rd Edition is organized with two introductory chapters followed by 15 chapters on selected topics of the molecular biology of the major endocrine systems operative in humans. Coverage, for the first time of the following hormones; ghrelin, oxyntomodulin, kisspeptin, adrenomedullin, FGF23, erythropoietin, VIP and extended coverage of NO. Coverage of the hypothalamus has been integrated with the anterior pituitary because of the intimate functional and relationship between the two. Consideration of the role of hormones in cancer has been integrated into the chapters on the relevant hormones. Each of these areas occupies a unique niche in our understanding of the biological world and is part of the universality of signaling systems and how they govern biological systems.