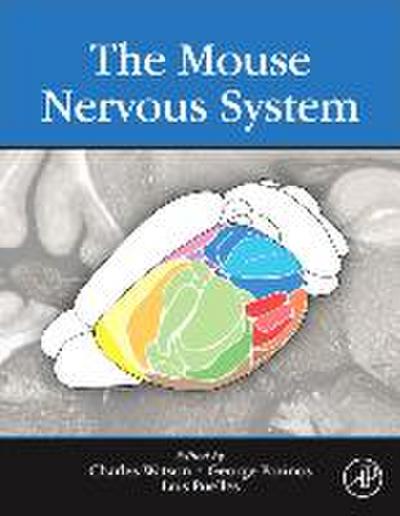 Watson, CharlesCharles Watson is a neuroscientist and public health physician. His qualifications included a medical degree (MBBS) and two research doctorates (MD and DSc). He is Professor Emeritus at Curtin University, and holds adjunct professorial research positions at the University of New South Wales, the University of Queensland, and the University of Western Australia.
He has published over 100 refereed journal articles and 40 book chapters, and has co-authored over 25 books on brain and spinal cord anatomy. The Paxinos Watson rat brain atlas has been cited over 80,000 times. His current research is focused on the comparative anatomy of the hippocampus and the claustrum.
He was awarded the degree of Doctor of Science by the University of Sydney in 2012 and received the Distinguished Achievement Award of the Australasian Society for Neuroscience in 2018.
Paxinos, GeorgeProfessor George Paxinos, AO (BA, MA, PhD, DSc) completed his BA at The University of California at Berkeley, his PhD at McGill University, and spent a postdoctoral year at Yale University. He is the author of almost 50 books on the structure of the brain of humans and experimental animals, including The Rat Brain in Stereotaxic Coordinates, now in its 7th Edition, which is ranked by Thomson ISI as one of the 50 most cited items in the Web of Science. Dr. Paxinos paved the way for future neuroscience research by being the first to produce a three-dimensional (stereotaxic) framework for placement of electrodes and injections in the brain of experimental animals, which is now used as an international standard. He was a member of the first International Consortium for Brain Mapping, a UCLA based consortium that received the top ranking and was funded by the NIMH led Human Brain Project. Dr. Paxinos has been honored with more than nine distinguished awards throughout his years of research, including: The Warner Brown Memorial Prize (University of California at Berkeley, 1968), The Walter Burfitt Prize (1992), The Award for Excellence in Publishing in Medical Science (Assoc Amer Publishers, 1999), The Ramaciotti Medal for Excellence in Biomedical Research (2001), The Alexander von Humbolt Foundation Prize (Germany 2004), and more.

Puelles, LuisDr. Puelles has held various positions teaching human anatomy and conducting research in neuroembryology and comparative neuroanatomy at the Universities of Granada, Sevilla, Badajoz, Cadiz and Murcia in Spain. Since 1983 he has been Full professor of Neuroanatomy at the University of Murcia. He is author of ~230 works, notably the first edition of Chick Brain in Stereotaxic Coordinates, and co-editor of Elsevier's The Mouse Nervous System.

The Mouse Nervous System provides a comprehensive account of the central nervous system of the mouse. The book is aimed at molecular biologists who need a book that introduces them to the anatomy of the mouse brain and spinal cord, but also takes them into the relevant details of development and organization of the area they have chosen to study. The Mouse Nervous System offers a wealth of new information for experienced anatomists who work on mice. The book serves as a valuable resource for researchers and graduate students in neuroscience.