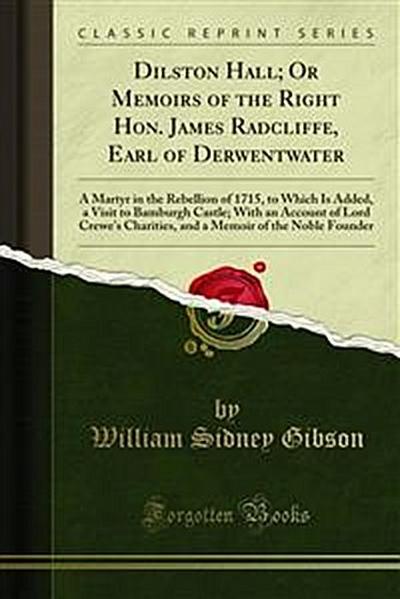 Dilston Hall; Or Memoirs of the Right Hon. James Radcliffe, Earl of Derwentwater

IN presenting before the public a second series of Northum brian Visits, it is the author's pleasant duty to express his thanks for the indulgent and ﬂattering reception accorded to his former publications. Since he came into Northum berland, his chief pleasure has been found in visiting antient historic localities, in tracing their history, in collecting memorials of departed worthies, and in writing upon those subjects. The author has consulted only his own plea sure in the occupation of his leisure hours; his own predi lections have guided the choice of his subjects and he has written for his own amusement and as an amateur, yet he trusts, sometimes with a devout purpose and a higher aim. As he has' not sought pecuniary gain, so he has not written to Conciliate popular applause and the favourable opinions which have been accorded to his publications, therefore, constitute a reward which he values the more highly.