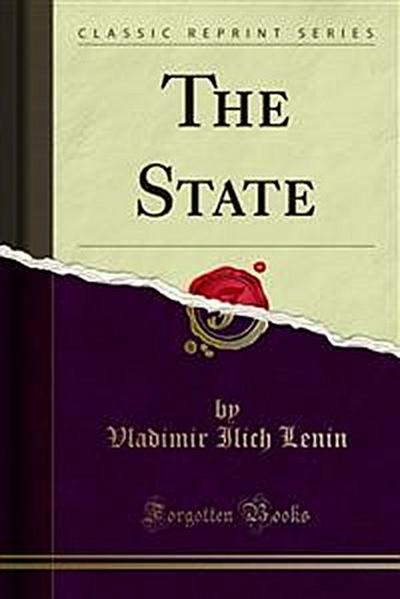 Soviet and Party school; may at first be dismayed by the d I must again warn you that you by this fact; what is unclear at a clear at a second reading, or approach the question from a some For I once more repeat that the question is so complex has been so confused by bourgeois scholars and wri that anybody who desires to study it seriously and ma it independently must attack it several times, return to again and again and consider it from various angles in order to attain a clear and firm understanding of it. And it will be all the easier to return to this question because it is such a fundamental, such a basic question of all politics, and because not only in such stormy and revolutionary times as the present, but even in the most peaceful times, you will come across it every day in any newspaper in connection with any economic or political question. Every day, in one connection or another, you will be returning to the question: what is the state, what is its nature, what is its significance and what is the attitude of our Party, the party that is fighting for the overthrow of capitalism, the Communist Party — what is its attitude to the state? And the chief thing is that as a result of your reading, as a result of the talks and lectures you will hear on the state, you should acquire the ability to approach this question independently, since you will be meeting with it on the most diverse occasions, in connection with the most triﬂing questions, in the most unexpected conjunctures, and in discussions and disputes with Opponents. Only when you learn to find your way about independently in this question may you consider yourself sufficiently confirmed in your convictions and able with sufficient success to defend them against anybody and at any time.