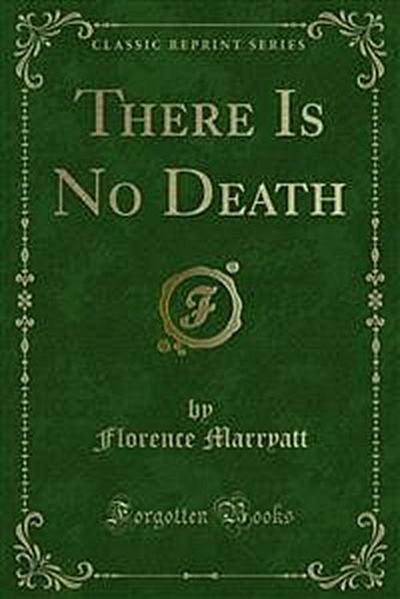 There Is No Death

I have heard that my father had a number of stories to relate of supernatural (as they are usually termed) inci dents that had occurred to him, but I will content myself with relating such as were proved to be (at the least) very remarkable coincidences. In my work, The Life and Letters of Captain Marryat, I relate an anecdote of him that was entered in his private log, and found amongst his papers. He had a younger brother, Samuel, to whom he was very much attached, and who died unexpectedly in England whilst my father, in command of H. M. S. Lame, was engaged in the first Burmese war. His men broke out with scurvy and he was ordered to take his vessel over to Pulu Pinang for a few weeks in order to get the sailors fresh fruit and vegetables. As my father was lying in his bert'h one night, anchored off the island, with the brilliant tropical moonlight making everything as bright as day, he saw the door of his cabin open, and his brother Samuel entered and walked quietly up to his side. He looked just the same as when they had parted, and uttered in a per fectly distinct voice, Fred I have come to tell you that I am dead When the figure entered the cabin my father jumped up in his berth,' thinking it was some one coming to rob him, and when he saw who it was and heard it speak, he leaped out of bed with the intention of detaining it, but it was gone. So vivid was the impression made upon him by the apparition that he drew out his log at once and wrote down all particulars concerning it, with the hour and day of its appearance. On reaching England after the war was over, the first dispatches put into his hand were to announce the death of his brother, who had passed away at the very hour when he had seen him in the cabin.