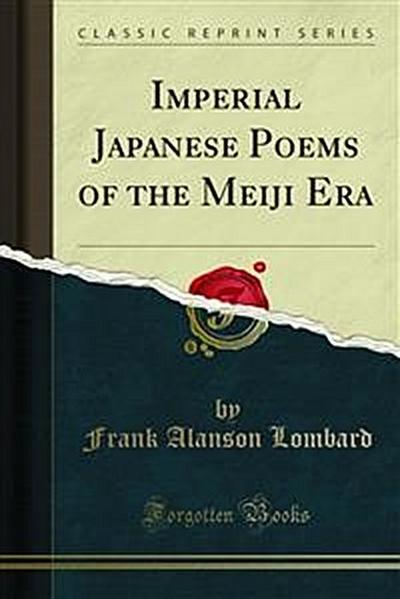 A loyal nation is a ruler's praise; and no more exalted praise can be given the memory of Emperor Meiji than the loyalty of the Japanese people. The following humble attempt at translation has been prompted by no thought that it could either add to or detract from his honor, but by a sincere desire that his personality might find wider utter ance for those who are touched by that simplicity which is greatness and who may thereby be led the more to appreciate the ideals and aspirations of Japan. In the translation of these tanka, selected from among many by the sovereigns of the Meiji Era, the original syllabic structure of thirty-one syllables, in lines of five, seven, five, seven, seven, though strange to the English ear, has been preserved and rhyme, entirely lacking in the Japanese, has been for the most part disregarded as tending to detract from the essential simplicity of the verse.