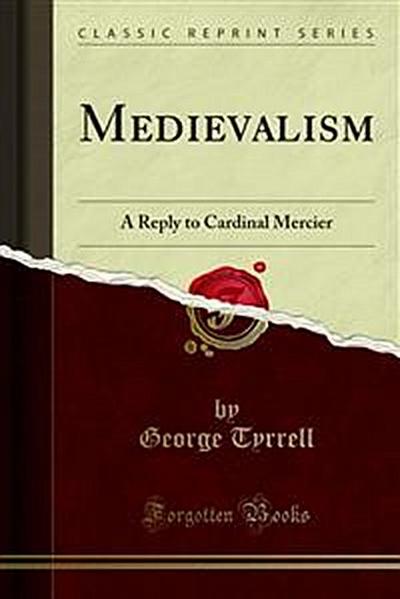 Since the Holy Father addresses his letter to all the particular churches; that is, to the bishops, priests, and laity of the Catholic world; he plainly intends that each one should draw profit from it. Moreover, the document is of such importance, and has already attained such historical value, that any one who is interested in the life of the Church Should be acquainted with, at least, the substance of its contents. Finally, My Brethren, as soon as the Pope had spoken — nay, before he had spoken, and as soon as the telegrams announced his utterance as imminent, — the infidel press set about misrepresenting it. Neither journals nor reviews of the anti-clerical party in this country were honest enough to publish the text, or even the general tenor of the Encyclical; but with an eagerness and unanimity, explicable only by party prejudice, they quibbled with the word Modernism, and tried to make their credulous readers believe that the Pope had condemned modern thought, which, in their vague language, means modern science and its methods. This impression, SO unjust to the Pope and to those who obey him, has perhaps in all good faith been shared by some of you; in which case we would now undeceive you. We propose therefore, My Brethren, to Speak to you about Modernism in order to make you compre hend the motives that have led to its condemnation by the supreme authority of the Church. What then is Modernism? Or rather, since we are not going into details that would interest but few Of you, what is the parent-idea or soul of Modernism? Modernism is not the modern form of science, and therefore the condemnation of Modernism is neither the condemnation Of that science of which we are justly so proud, nor the repudiation Of its methods which Catholic scientists rightly regard it an honour to put in practice and to teach. Modernism consists essentially in maintaining that the devout soul Should draw the Object and motive of its faith from itself and itself alone. It rejects every sort of revealed communication that is imposed on the conscience from outside; and thus, by a necessary consequence, it becomes the denial of the doctrinal authority of the Church established by Jesus Christ, the contempt of the hierarchy divinely appointed to rule the Christian community.