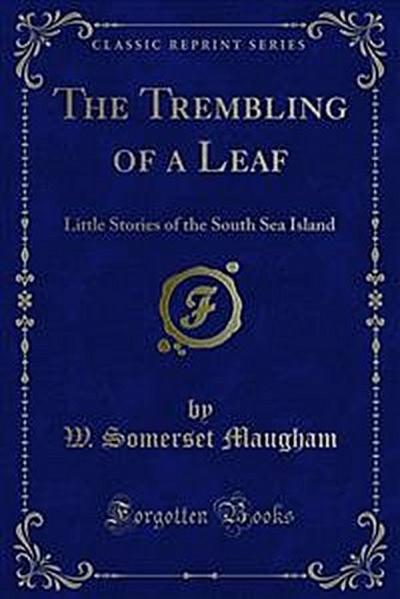 The Trembling of a Leaf

It was too shallow to swim in and for fear of sharks he could not go out of his depth; then he got out and went into the bath-house for a shower. The coldness of the fresh water was grateful after the heavy stickiness of the salt Pacific, so warm, though it was only just after seven, that to bathe in it did not brace you but rather increased your lan gnor; and when he had dried himself, slipping into a bath-gown, he called out to the Chinese cook that he would be ready for breakfast in five minutes. He walked barefoot across the patch of coarse grass which Walker, the administrator, proudly thought was a lawn, to his own quarters and dressed. This did not take long, for he put on nothing but a shirt and a pair of duck trousers and then went over to his chief's house on the other side of the compound. The two men had their meals together, but the Chinese cook told him that Walker had set out on horseback at five and would not be back for another.