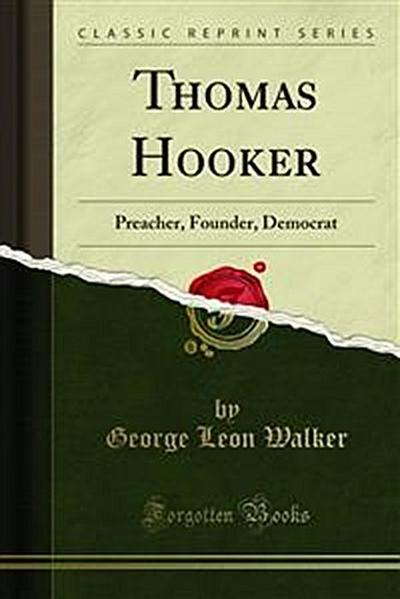 One striking difference in the advantages possessed by a biographer of the more distinguished personages of the Massachusetts and of the Connecticut colonies is the comparative destitution, in the latter case, of the aids afforded by contemporaneous diaries, his tories, and portraits. The lack of such writings in the Connecticut annals is a little surprising; the want of portraits may be considerably accounted for by the remoter and poorer conditions of the inland settlement. No portrait or other contemporaneous representa tion of Mr. Hooker remains. The picture which prefaces this volume is taken from Niehaus's statue, ordered by the Commonwealth of Connecticut for the State Capitol in the making of which the artist com pared the likenesses of various and widely separated members of Mr. Hooker's lineal posterity, among whom exists, however, a strong family resemblance. Attired thus in the characteristic costume of the time, the figure affords a not improbably fair representation of the great Founder of the Colony.